‘My name is Helen Miller and I’m from London. This is my third time in Dubrovnik and second time preforming. During the Midsummer festival I will be playing the lead role in the new take on Hamlet’, says this charming lady while preparing for the tonight’s show – the premiere of Shakespeare’s most memorable play.

Premiere will take stage at Lovrjenac fortress at 9.30 pm tonight, but before that, Just Dubrovnik team had a chat with her.

Are you nervous?
No, not really (laugh)! I have never before played such a role and I wouldn’t say I’m nervous, rather excited to preform on such an unique location with such an unique take on a classic play.

Hamlet as a female, what does it say to the audience, and what does it bring to you?
I think it allows me in a way, since less women were playing the part, but approaching it as a women who’s chosen to live as a man in order to have some power in a really patriarchal environment. It means a lot of the text is viewed in a new way and it gives me a really personal connection to the role itself. It’s my first time playing this role, and this is in a way an entirely new standpoint to experience Shakespeare. 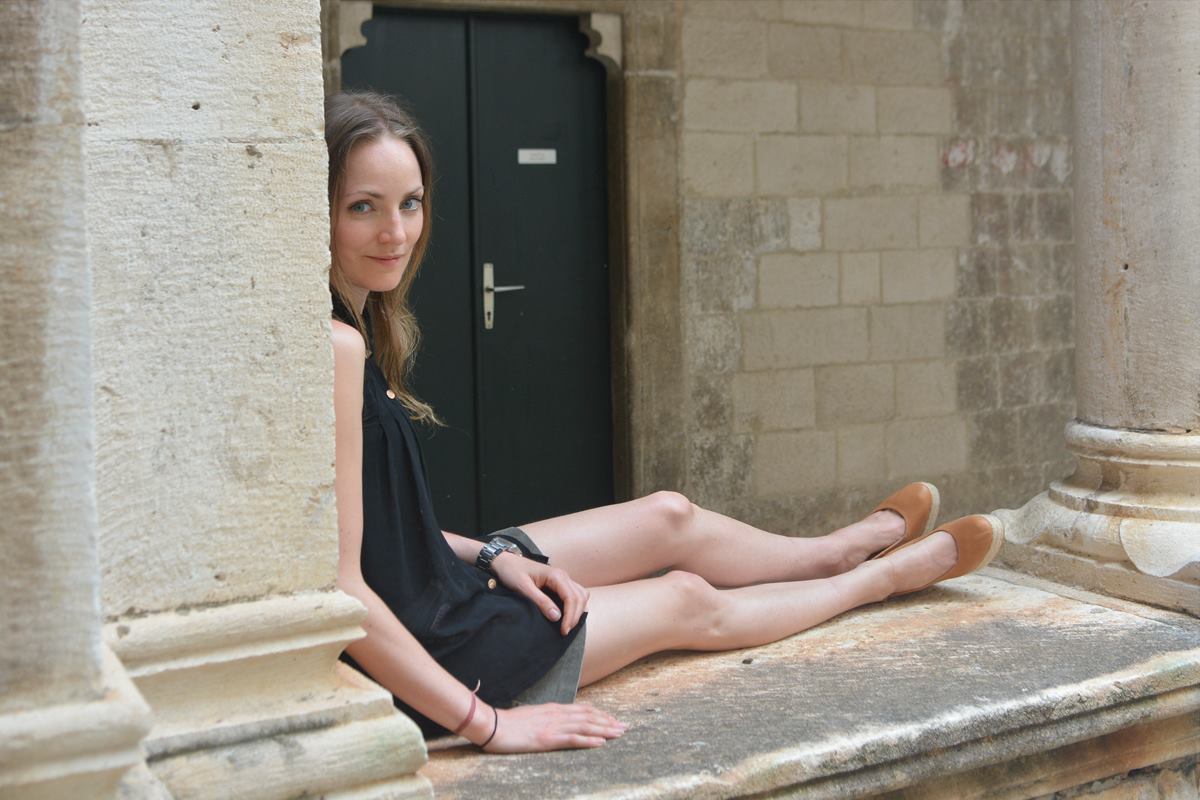 What about women in the ‘industry’, in theater arts?
I think that there’s a real change at the moment, and that there are a lot more roles opening in the industry. Because there is lot less work for women in the industry and such bold takes on traditional male roles are always a step in the right direction. I hope with plays like this more space will be opened for women.

What do you expect from tonight’s show?
I hope the play will be received positively. We have put a lot of effort into it and I think that the audience, both local and foreign, will come to see our vision.

Your impressions about Dubrovnik and Lovrjenac fortress are…
I absolutely fell in love with the city of Dubrovnik. The old city and the fort Lovrjenac are so captivating! The place itself is unbelievable and if not the most beautiful in the world.
Midsummer Festival is such an great manifestation and it is a great way to enrich cultural offer in Dubrovnik. I’m very happy to be a part of it. When you think of all the great actors that preformed here and all the great plays that were set up here you can only stand in awe and be absolutely grateful to have a chance to be a part of it. Lovrjenac is an incredible stage with rich history and an amazing energy.

What about the fact that the show is in English – do you think it will be a problem to a locals?
Language barrier is non existant problem here. In my opinion, since Dubrovnik is a tourist city, majority of the people speak English, or rather understand it as it is a part of their day to day life. And a lot of visitors of the Festival are tourists, usually they are from English speaking countries. This gives them a chance to see a play in Dubrovnik wich is not in Croatian, and I think it’s kind of a big deal.