The programme of the 69 Dubrovnik Summer Festival, which traditionally takes place from 10 July to 25 August in around twenty site specific venues of Dubrovnik, has been presented to the public by Dora Ruždjak Podolski, Artistic Director, her assistants Saša Božić, Theatre Programme Director, Tomislav Fačini, Music Programme Director, and Karolina Rugle, Innovative Cultural Practices Director, and Ivana Medo Bogdanović, Executive Director, on Friday, 2 February, at the Festival Palace, within the Festival of St Blaise and the City of Dubrovnik Day. Mato Franković, Mayor of Dubrovnik, and Žaklina Marević, Deputy Prefect of the Dubrovnik-Neretva County expressed their support for the programme.

The Festival’s own productions continue to be a staple of the theatre programme, thus confirming the national, cultural and historic identity which the Dubrovnik Summer Festival has built during its longtime existence, applying the specific Festival drama ensemble model. We also aim at intensifying the co-production model practice so that the Dubrovnik Summer Festival productions could also be shown during the theatre season before wider national and regional audiences. 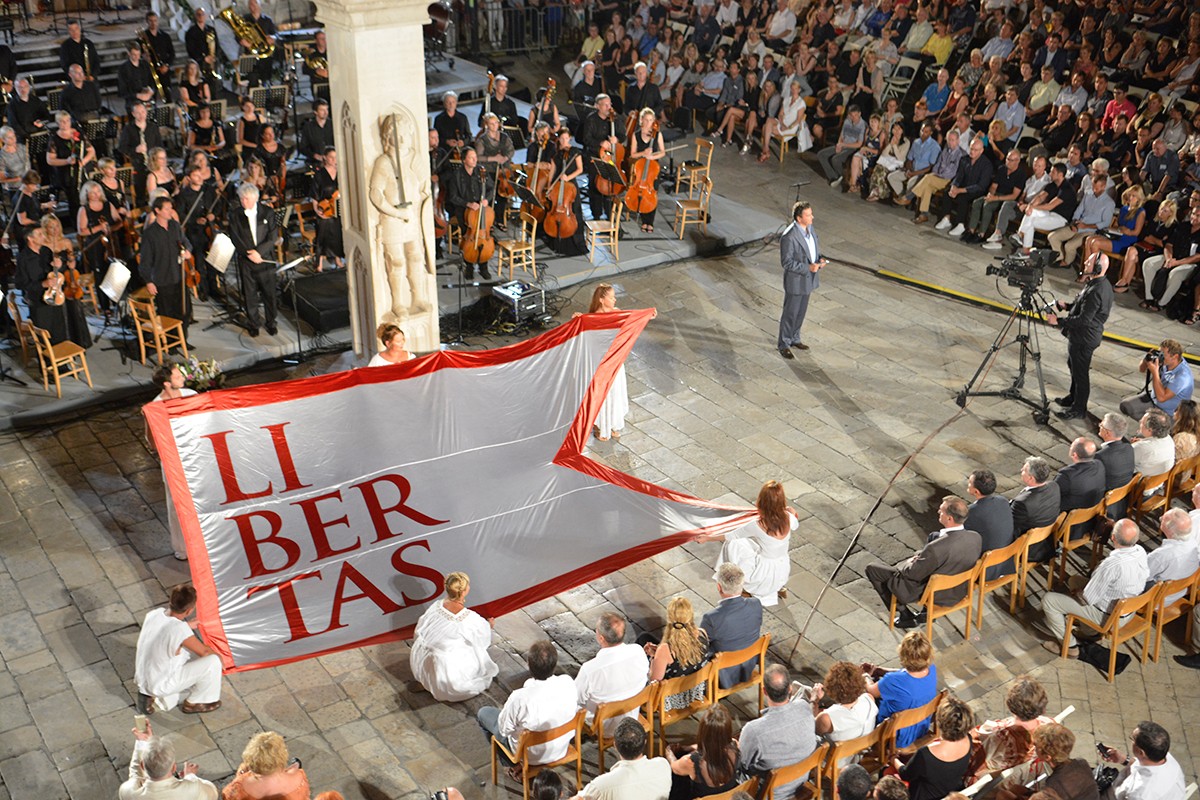 Premiere plays include Miroslav Krleža’s Michelangelo Buonarroti, a coproduction with the Ivan von Zajc Croatian National Theatre of Rijeka, directed by Sebastijan Horvat on the Island of Lokrum. Appearing in the title role, Rakan Rushaidat will open the eternal but always actual question of the relation between art and money, and thus the question of art, money and politics, which is perhaps more important than ever nowadays. Well known to the Festival audiences for his direction of the hit play Kate Kapuralica, Dario Harjaček will stage a selection of prose works by Ranko Marinković entitled Under the Balconies. The main theme of his stories is the Mediterranean and its bitter-sweet mixtures, irony that turns into cynicism and people swept away by political storms and south wind. Nicknamed Voltaire of Vis for his intimate and family connections with Dubrovnik, Marinković was obsessed by boundaries of the closed world. Like Dubrovnik, the Mediterranean is indeed reduced to boundaries and rituals. The play will be staged in the University Campus Park. In collaboration with the Zagreb Academy of Dramatic Arts, the premiere of the play Countdown – at a Wedding with Držić and Nalješković, directed by Lee Anastazija Fleger, Marina Pejnović and Hrvoje Korbar and performed by students of the Zagreb Academy of Dramatic Arts’ Acting Department, will take place in several locations in the City. This project redefines the idea of site specific theatre, which has existed in Dubrovnik from the 14th century right up until today’s Festival, including fragments from the works of Marin Držić and Nikola Nalješković which focus on wedding plays.

Exploring characteristics of wedding plays and customs in both Renaissance and present-day Dubrovnik, the project will also involve the residents of Dubrovnik. The Dubrovnik premiere of the play Correcting Rhythm, directed by Goran Sergej Pristaš, is a co-production between the BADco., the Croatian National Theatre of Zagreb and the Dubrovnik Summer Festival, which premiered at the CNTZ Sound Studio in November 2017. Forty years following Pavao Pavličić’s story The Good Spirit of Zagreb, Goran Ferčec’s text revives the theme of the obsession with the rhythm of city life and the role which crime plays there. The audience will surely welcome repeat performances of last year’s hit play by Hrvoje Ivanković, Marin Držić – Victory over the Enemies, directed by Ivica Boban and performed by the Festival Drama Ensemble. 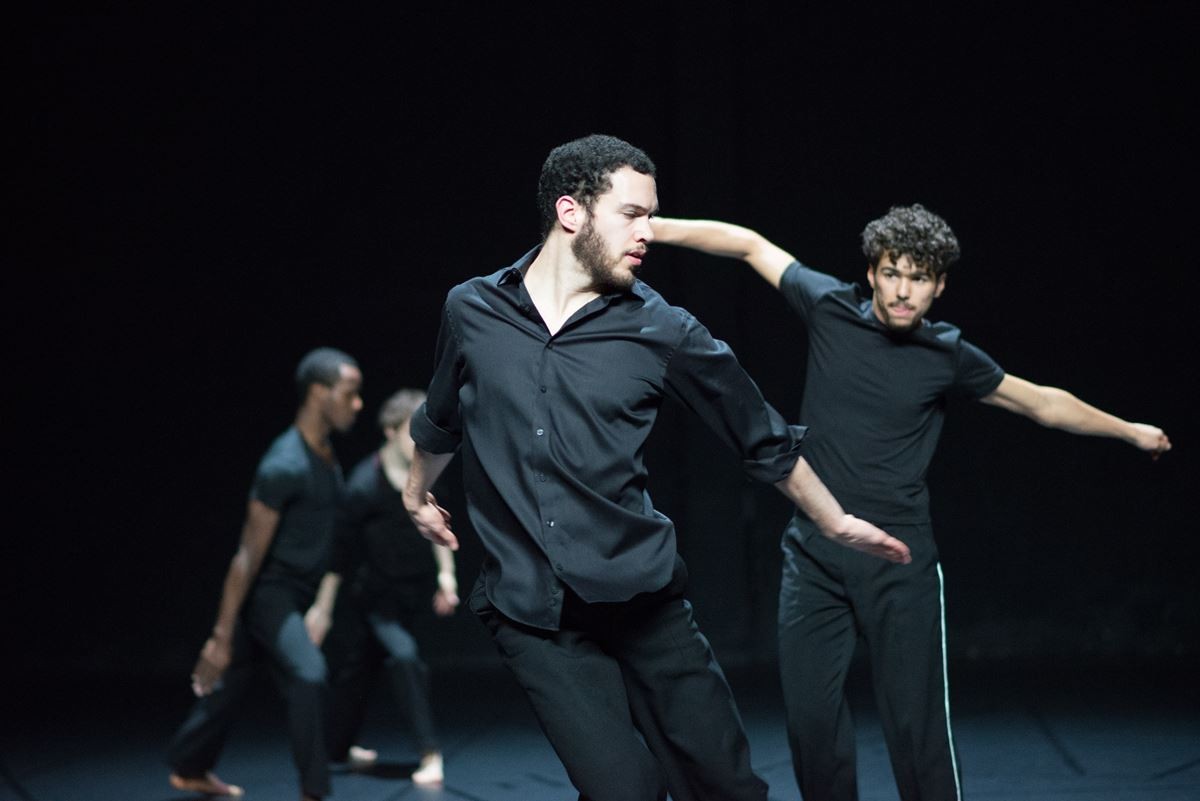 Last year’s multiple winner of the Croatian Theatre Award, the Zagreb Youth Theatre production of Kristijan Novak’s play Dark Mother Earth, dramatized by Tomislav Zajec and directed by Dora Ruždjak Podolski, will be shown in July on the Island of Lokrum, while Mate Matišić play Wax People, directed by Janusz Kica, will be shown late in August in Gradac Park. One of major Russian theatres, the Voronezh Chamber Theatre, will perform Anton Chekhov’s play Uncle Vanya, directed by Mikhail Bychkov, winner of the Stanislavski Award. This will be the first Russian guest performance at the Dubrovnik Summer Festival.

“Our mission includes the mobility and communicativeness of ideas, the attracting of new audiences, the promotion of young generations of artists, the networking of Croatian and European artists, and the exploring of new site specific quality accentuating the affirmation of interdisciplinary and educational programmes. I fully believe in teamwork, my three assistants – Saša Božić, Tomislav Fačini and Karolina Rugle – and this public cultural institution. Sharing the same festival vision, we move towards the same goal, promoting Croatia’s highest artistic values, insisting on international recognisability, and being competitive within modern trends. However, not at the expense of the exclusive programme which has been created in Dubrovnik for 69 years.” – explained Dora Ruždjak Podolski, elaborating on the programme created in the first year of her mandate.

Ballet art lovers will have the opportunity to enjoy one of last year’s most intriguing projects, Death and the Dervish, produced by the Ballet of the Croatian National Theatre of Split, choreographed by Igor Kirov after libretto by Saša Dimoski based on motifs of Meša Selimović’s work of the same name, while the music was composed by Goran Bojčevski. Other dance programme highlights include a piece for four dancers A Love Supreme, based on and named after the famous John Coltrane jazz album. The piece is choreographed by Anne Teresa De Keersmaeker and Salva Sanchis, and produced by the renowned Rosas dance ensemble and De Munt/La Monnaie Royal Opera House of Brussels. The Bitef Theatre will present the ballet show Macbeth, choreographed by Miloš Isailović and performed by the Bitef Dance Company. The ballet, based on William Shakespeare’s play of the same name, conjures up the modern day dark world of conspiracy, crime, psychological deviations, power-lovers and passion. In the interdisciplinary play Title, the Berlin-based choreographer and performer Clément Layes explores the complex interconnectedness between things and meanings we build around them with his special sense of humour, and establishes „war and peace“ between things and thoughts, feeling free to disclose the noise of things and the spectacular silence of objects. 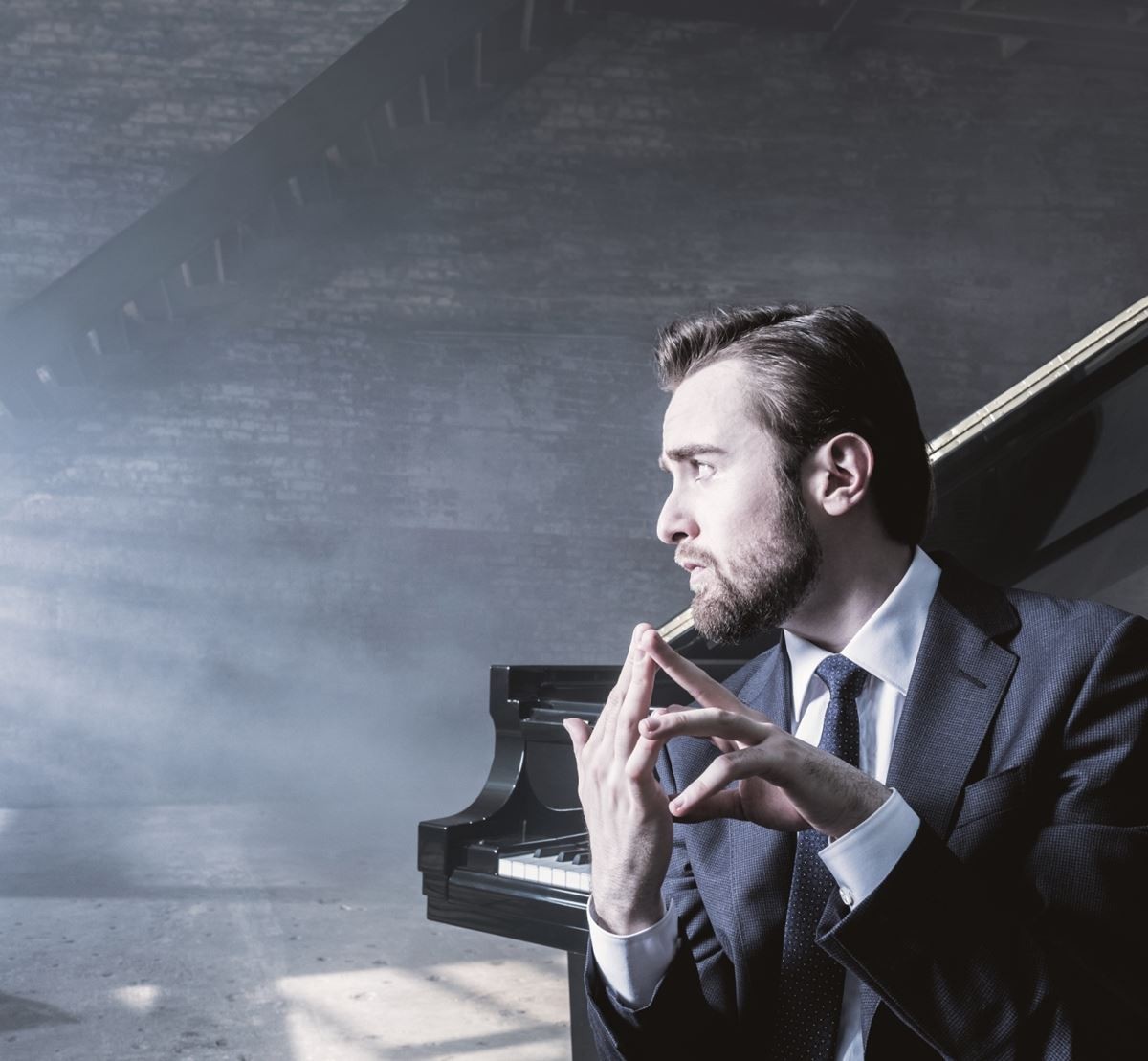 The carefully and originally conceptualised music projects are the backbone of the music programme, as the initial impulse for the development of innovation following the Dubrovnik Summer Festival tradition, thus retaining the Festival’s poetic quality but also restoring its prominence. This has always made the Festival a world famous and attractive venue for both presenting and attending events, in addition to its proficient approach and presentation of top quality music projects featuring a variety of ensembles, style periods, genres and poetics which share enviable artistic value. The music programme will open with the appearance of one of the world’s greatest cellists Mischa Maisky and the Zagreb Philharmonic conducted by Pier Carlo Orizio, in front of St Blaise’s Church, and close with the Croatian Radio and Television Symphony Orchestra. The Dubrovnik Symphony Orchestra will perform Mozart’s Grand Mass in C minor featuring the Oratory Choir of St Mark’s Church conducted by Maxim Emelyanychev and soloists Leon Košavić, Ivana Lazar, Marija Kuhar Šoša and Krešimir Špicer. This orchestra will also perform at the Rector’s Palace Atrium under the baton of Tibor Bogányi and with violinist Marin Maras. The Schumann Quartet is considered to be one of the finest chamber ensembles in the world. Currently a residential ensemble of the Chamber Music Society at New York’s Lincoln Centre, the quartet will appear at the Rectors Palace. This venue will also play host to the Ensemble 1700 and one of the most renowned present-day countertenors Andreas Scholl. The artists who will appear in recitals include cellist Yuya Okamoto, an Eugène Ysaÿe Award winner in last year’s international Queen Elisabeth Competition, and Ivan Krpan who became one of Croatia’s most successful pianists ever having won First Prize in last year’s International Ferruccio Busoni Competition in Bolzano. Other music programme highlights include a piano recital by Daniil Trifonov, who recently appeared in a sold out seven-concert series at Carnegie Hall. Worth mentioning among Trifonov’s numerous awards are First Prize in the Arthur Rubinstein International Competition in Tel Aviv, Grand Prix in the Tchaikovsky International Competition in Moscow, and Grammy Award in Best Classical Instrumental Solo Performance Category. 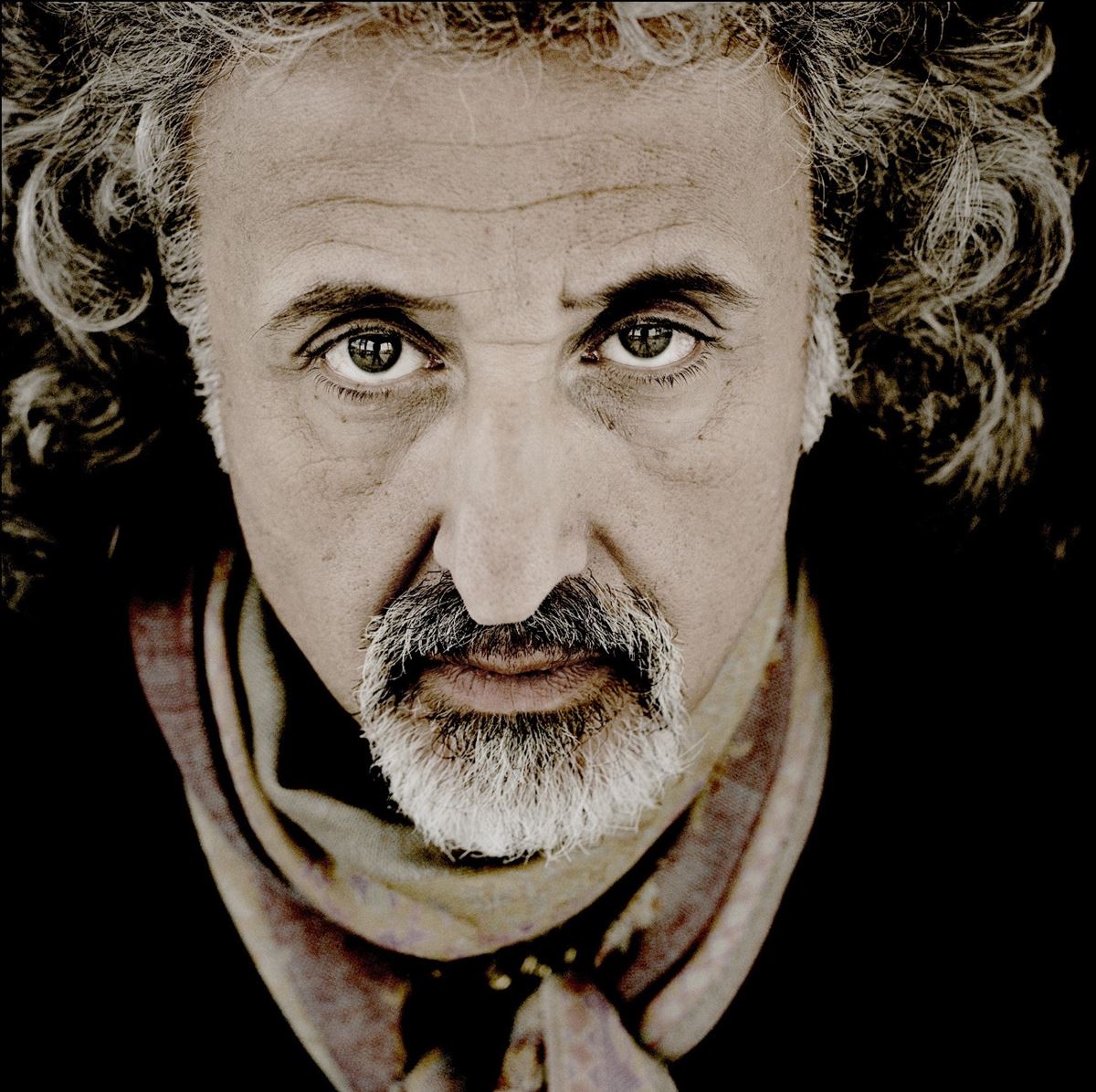 Another attractive programme, entitled Guitarissimo, will be shown at the Rector’s Palace Atrium featuring eight distinguished guitarists who will perform together only for this special occasion: Zoran Dukić, Petrit Çeku, Morana Pešutić, Tomislav Vukšić, Tvrtko Sarić, Krešimir Bedek, Pedro Ribeiro Rodrigues and Maroje Brčić. The French accordion player Vincent Peirani and saxophonist Emile Parisien will perform a programme covering several genres based on improvisation. The winners of prestigious jazz awards in France, including ECHO Jazz in Best International Ensemble Category in 2015, the musicians will appear at Palace Hotel’s Vala Beach Club. The concert is collaboration between the Dubrovnik Summer Festival and the Jadranski Luksuzni Hoteli Co.

The 69th Dubrovnik Summer Festival programme will present Croatia’s rich folk dance and song heritage through the shows of Lado and Linđo folklore ensembles, which will be held at the Revelin Fort Terrace. The Film Programme will consist of Croatian award-winning films and a selection of international films shown at the Pula Film Festival. The Sponza Palace Atrium will play host to an exhibition of works by Pino Trostmann, and a group exhibition of works by Dubrovnik modern artists. The project City Keys – Audience Development Programme, will feature the symposium Mythologization of Works by Michelangelo in Dubrovnik, while the exhibition Ranko in Dubrovnik and other programmes will promote the participation of Dubrovnik residents in the Festival programme.

„The presentation of the official Festival programme and the beginning of tickets sale almost six months before the Festival beginning is a success, which will hopefully become the rule rather than the exception. In addition to the timely completion of the programme, I would like to congratulate the entire team for its work related to European funds. During the last two months, we managed to apply for two projects within the Creative Europe Programme, and are planning to apply for another two by the end of the year. Regarding the budget of the 69th Dubrovnik Summer Festival, it will be 12,5 million kunas, which is similar to our last year’s budget. We are planning to obtain 60% of the funds from public sources – Ministry of Culture, the City of Dubrovnik, the Dubrovnik-Neretva County and tourist boards – while almost 40% of the budget will consist of our own income, sponsorships and donations from our faithful partners.“ – explained Ivana Medo Bogdanović, adding that the Festival expects a stable financial year.

More than 15 programmes can already be purchased on the Festival website www.dubrovnik-festival.hr or service www.ulaznice.hr. For additional information and booking of the events which are still not on sale, please contact our Sales Department, E-mail: sales@dubrovnik-festival.hr or Tel.: 020 326 107. This year’s Festival has a new visual identity created by Maro Pitarević in collaboration with the Šesnić&Turković Studio, which offers a new graphical image of Dubrovnik. Contrasting the traditional and modern neon pop language, it calls out the reconsideration of traditional experiences of Dubrovnik and its Festival.