After a rich summer festival season and many autumn events, the beginning of December brings the Advent atmosphere to the city. The 5th Dubrovnik Winter Festival will open on Saturday, December 1st, 2018 with the lighting of the first Advent Candle and the decorative holiday lighting throughout the city, followed by a concert of one of the most popular Croatian artists – Petar Grašo, organised in collaboration with Star productions.

The City of Dubrovnik, the Dubrovnik Tourist Board and the Dubrovnik Summer Festival have already announced the 5th Dubrovnik Winter Festival’s program highlights, featuring great concerts on the most beautiful stage in the world – Stradun. The first concert, to be held on December 6th, the Day of Dubrovnik War Veterans, will be held by Prljavo Kazalište, one of the most famous Croatian rock bands of all time. 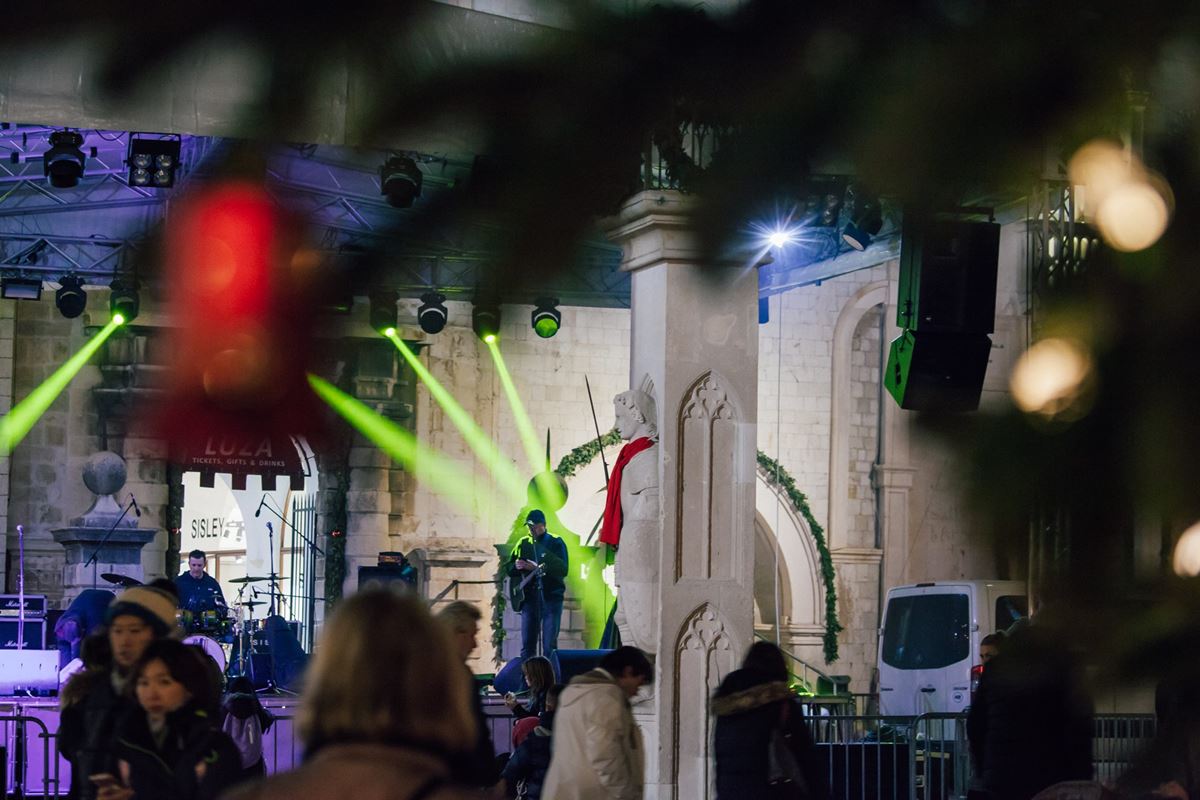 The sounds of traditional kolenda and klapa singing will contribute to the jovial holiday atmosphere during the winter weekends: from the Brsalje plateau by Pile Gate, across the main street of Stradun, to Gundulić Square, where a live music program will be organised, while there will be plenty of gastronomic delights featured in the holiday cottages.

The big Dubrovnik Symphony Orchestra Christmas Concert will take place on December 22nd in the Hotel Valamar Lacroma Dubrovnik and will feature many Dubrovnik musicians who will be accompanied this year by tenor Domagoj Dorotić, whom people from Dubrovnik remember for an outstanding performance at the opening of the 66th Dubrovnik Summer Festival where he performed the aria Nessun dorma with the Slovenian Philharmonic. The Christmas Concert will also feature Martina Zadro, the leading Croatian soprano of the newer generation.
To the delight of all children, the Dubrovnik Tourist Board will once again this year organize the traditional Christmas Fairy Tale, while sweet-teeth will rejoice during the charity Cake Party on Stradun. 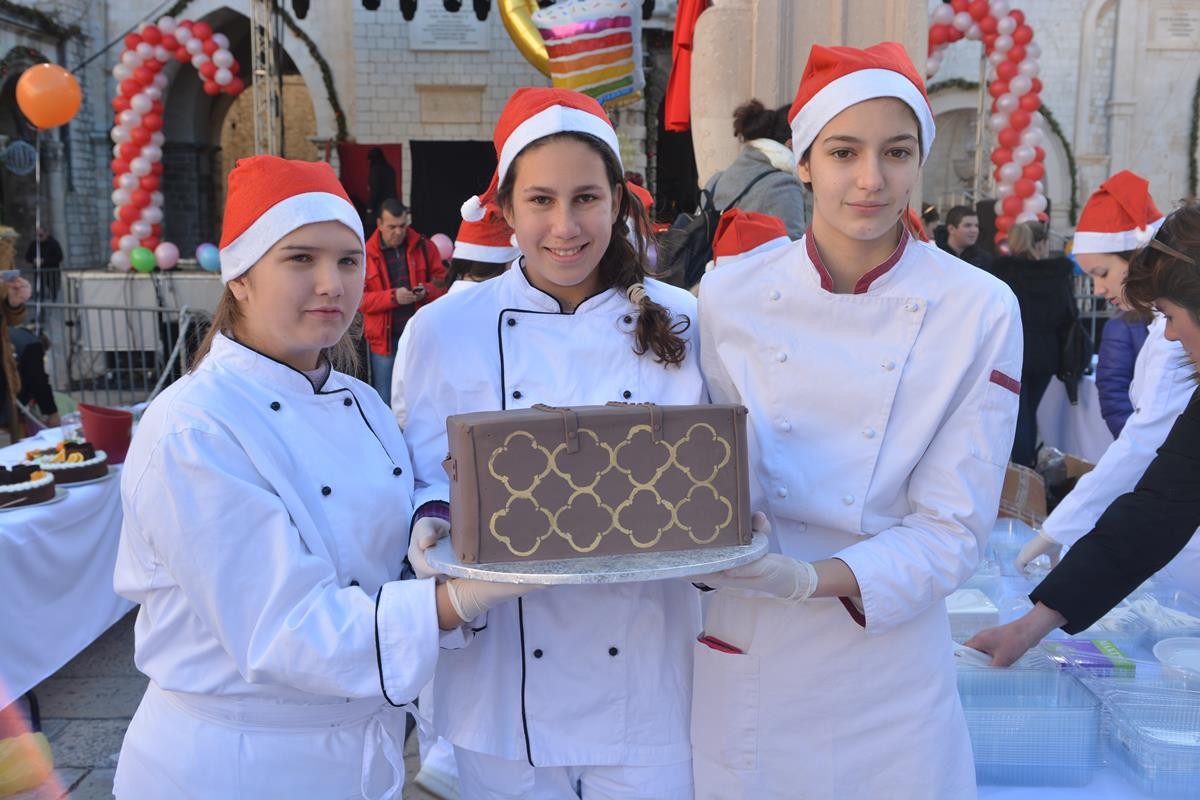 The New Year’s Eve Program on Stradun, co-organised in cooperation with Star productions, has also been announced and will feature the world famous The Gypsy Kings, who will perform on December 29th and who this year are celebrating the 25th anniversary of the release of their namesake debut album. The next night, on December 30th, the band Opća Opasnost will perform popular rock ballads on Stradun. 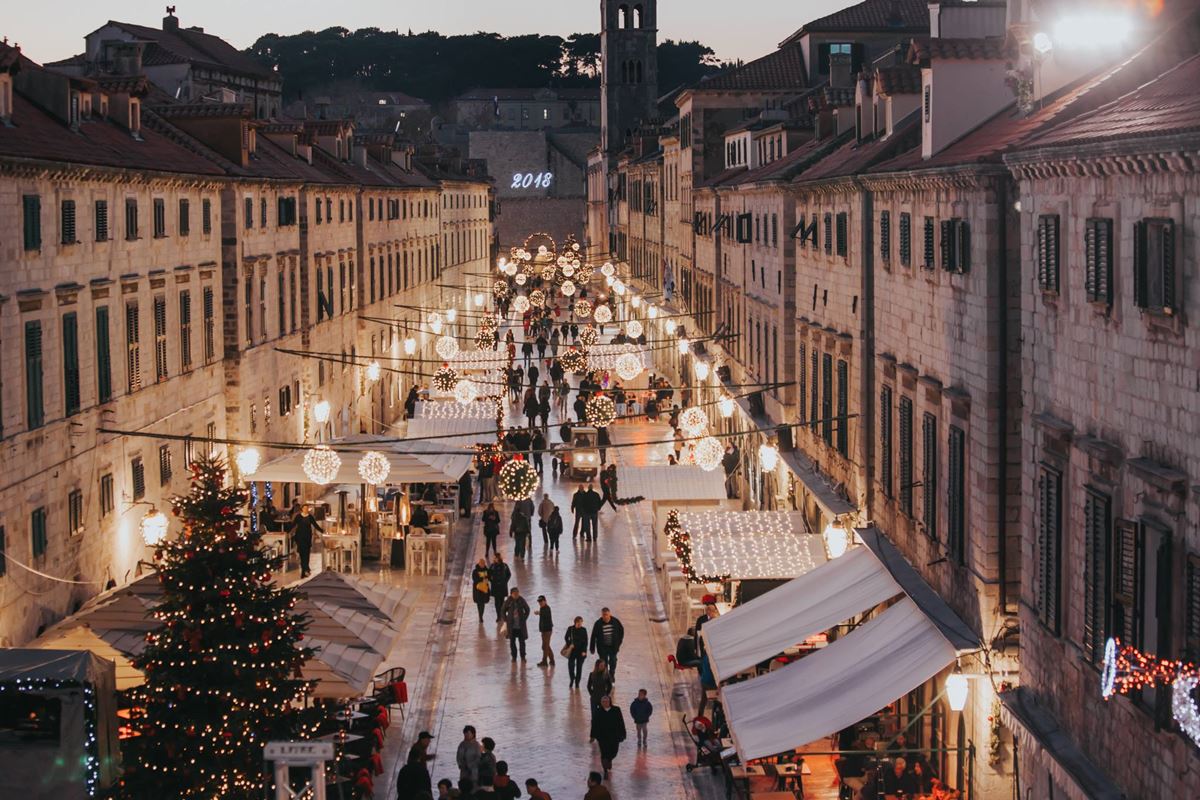 The spectacular New Year’s Eve on Stradun will be preceded by a Children’s New Year’s Eve, featuring the young singer Mia Negovetić and Super Cover Band. On December 31st, leading Croatian performers Nina Badrić and Toni Cetinski will help Dubrovnik and its guests to bring in the New Year. Top musicians on the world’s most beautiful stage and impressive fireworks right at midnight will provide an unforgettable start to the New Year on Stradun.
After a spectacular New Year’s Eve, on the first day of 2019, the Dubrovnik Symphony Orchestra will hold the traditional New Year’s Day Concert at noon on Stradun, while the party will continue that same evening on January 1st with a performance of the group Klapa Rišpet.