The festival team already announced this year’s visual identity, which again follows the starting point in conceptualizing the solution to the issue of public space as a stage – a thematic framework set by the artistic leadership of the Festival. The concept is signed by designers and artists Orsat Franković and Ana Opalić.
As a set of open spaces inside Dubrovnik’s tissue, the public space provokes tensions of conflicting ideas and interests. Bipolar by its nature, at the same time real and impenetrable, public and inaccessible, monumental and provincial… In function of the scene or life, ‘space’ is a common resource for inscribing collective meanings. The solution of visual identity and posters made by two authors opens the issue of these meanings. 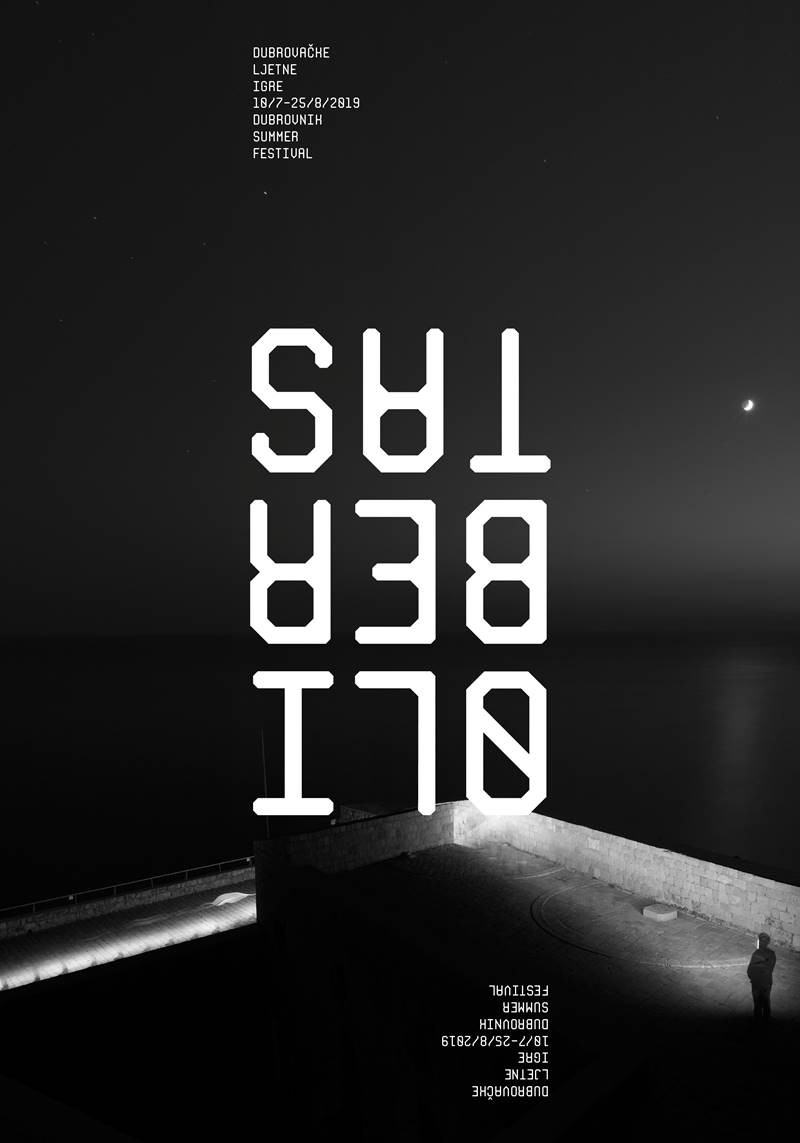 ‘We came back as observers to certain mythical stage sites of Dubrovnik Summer Festival. Knowing that we are returning to them ourselves changed as well, we have produced new photos of these places, witnessing the time we live and the circumstances that determine us. By changing the vision and using minimal light interventions, the familiar, seemingly vacant spaces release the burdens of previous meanings and open up new possibilities in their reading, moving from memory spaces to new potential ones. Following the desire to move away from the usual or expected choice in typography and the break, we have reached for non-traditional solutions. Turning the logo upside down, next to anniversary inscribing, ultimately suggests our answer to the question whether it should be a commemorative celebration or a chance for a new beginning’, Orsat Franković and Ana Opalić wrote. 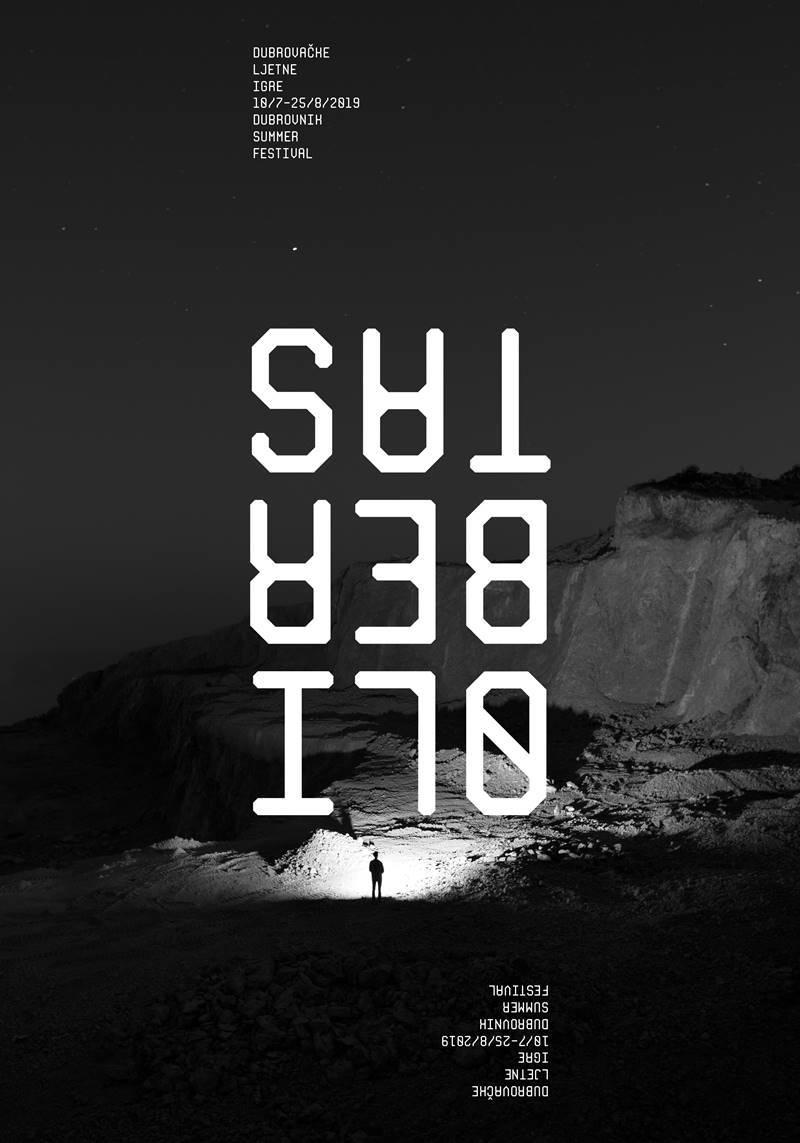 Orsat Franković is a graphic designer with twenty-five years of experience working on developing creative concepts by combining design methodologies and interdisciplinary approaches to work. He is the author of many notable solutions in shaping visual communication, and has devoted a great part of professional engagement to the field of culture and cooperation with the civil sector. Franković is also the founder of the Creative Studio Laboratorium and Studio Flomaster, and has received numerous international awards and recognitions such as ICOGRADA Excellence Award, AICA, ZGRAF Grand Prix, European Design Award, Red Dot etc. He collaborated with Dubrovnik Summer Festival on several occasions as an author of visual identity and festival posters.

Photography, video and documentary film maker Ana Opalić exibits since 1991. She presented Croatia at the Venice Biennale along with Boris Cvjetanović in 2003. Opalić is also author of two documentary films: Još jednom / Once Again (Ana Opalić and Noah Pintarić, 2014) and Lijek / Cure (2018). She also published two books of photographs: Brsalje (2017) and Dom (2018). As a filmmaker and photographer she cooperates with civil society organizations on various projects whose main goal is to promote culture and to protect and promote human rights. Opalić is a founder of the web portal of Contemporary Croatian Photography.