Internationally known cellist Ana Rucner introduces her festival Ana in The City from June 21 to June 23 in Dubrovnik – two astonishing concerts greeting the first summer sunrise and sunset on the World Music Day.

Festival ‘Ana in the City’, the project of Croatian, but also internationally known cellist Ana Rucner is taking place from June 21 to June 23, for the ninth time in beautiful Dubrovnik. Visitors will enjoy this year two beautiful concerts and two attractive performances of the oldest Theater in the world of blind and visually impaired people ‘New Life’. Already traditional Greeting to Summer will take place at beautiful Excelsa Real Estate Amphitheater on June 21, the first day of summer, at 5 am. It is unique music event, greeting to the first summer sunrise, and Ana is hosting a popular Croatian opera singer Sandra Bagarić and pianist Darko Domitrović. The same day, which is also the Words Music Day, Ana will perform on Sunset Beach and greet the first summer sunset. 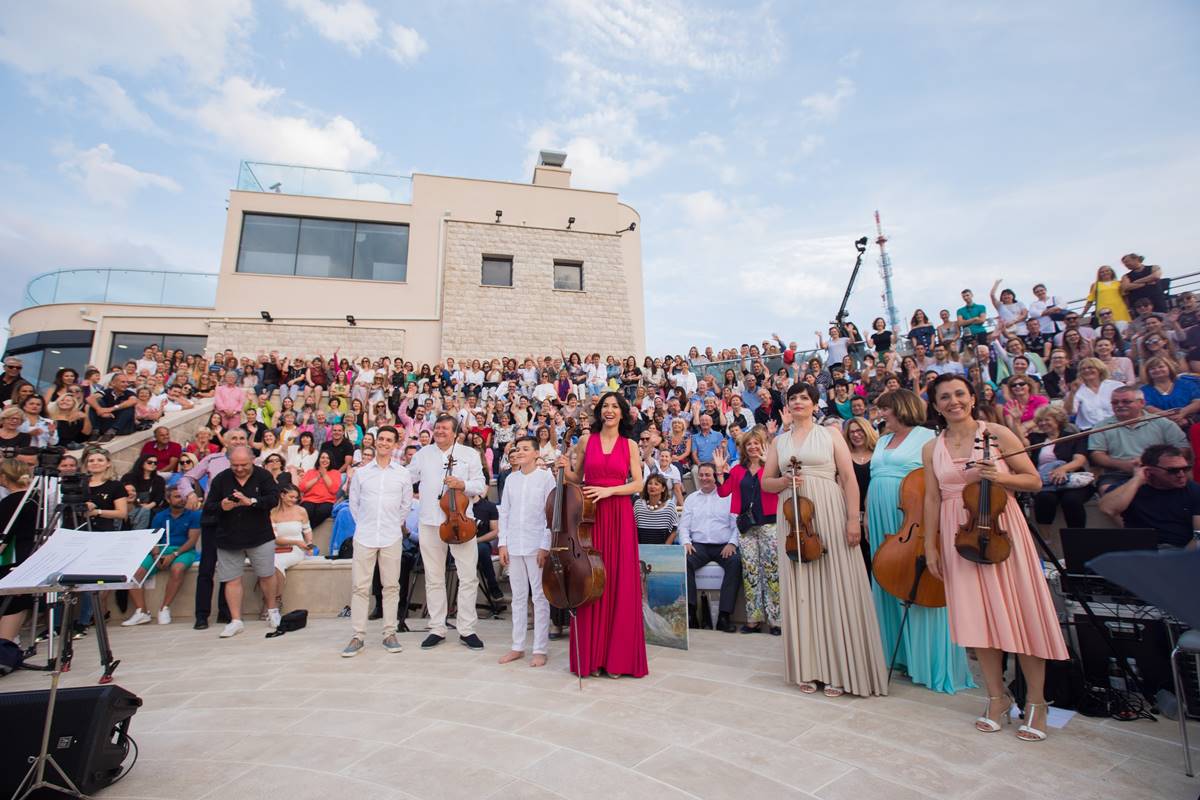 This unique experience attracts each year hundreds of local and international visitors. Ana Rucner decided to invite to the Festival her dear friends from the Theater of blind and visually impaired people ‘New Life’ coming from Zagreb. They have great performances and two of their shows, as a part of this Festival will take place at Knežev dvor in the evening of June 22 and 23.

While two of Ana Rucner Concert are free of charge, for two performances you will be able to purchase tickets at the below mentioned web page. The entire income from the performances will be donated to the Association of blind and impaired people of Dubrovnik – Neretva country. Ana is very proud of the cooperation with this theater who’s goal is to underline the importance of integration of blind and visually impaired people to society.

For more information or purchase of tickets please visit the official web page.