The preliminary programme of the 71st Dubrovnik Summer Festival, which will take place from 10 July to 25 August this year on over twenty site-specific locations in Dubrovnik, was presented to the public by the Festival’s Artistic Director Dora Ruždjak Podolski, Assistant Director for Theatre Saša Božić, Assistant Director for Music Tomislav Fačini and Executive Director Ivana Medo Bogdanović on Sunday, 2 February, at the Festival Palace as part of the Festivity of St Blaise and the Day of the City of Dubrovnik. 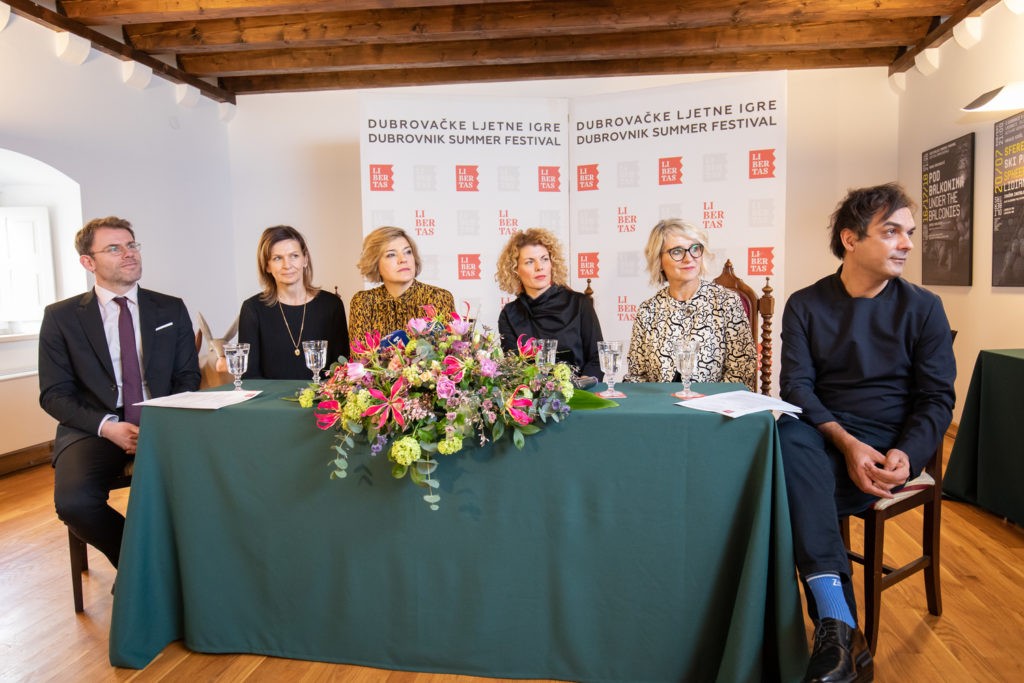 This year too, the audiences will be presented with a rich and varied programme during 47 days of the Festival, which includes some of the most outstanding Croatian and international artists and top guest performances. The 71st Dubrovnik Summer Festival opening ceremony, directed by Marina Pejnović, will take place on Friday, 10 July in front of St Blaise’s Church.

The premiere theatre programme brings the Russian classic Fathers and Sons by Ivan Sergeyevich Turgenev, directed by Macedonian director Ivan Popovski. Co-produced by the Festival Drama Ensemble and Zagreb Youth Theatre, the play will be staged on the island of Lokrum. The premiere of Marin Držić’s Grižula, directed by Saša Božić and Petra Hrašćanec and performed by the Festival Drama Ensemble in collaboration with the Zagreb Academy of Dramatic Art will take place at Gradac Park as part of the Future Epics EU project. The play Beside Oneself authored by Nataša Rajković and Ivan Penović as part of the Port of Dreamers EU project will be performed on the playground under Minčeta Fort. Following last year’s successful productions for children, this season brings the premiere of the play presenting fairy tales from the Dubrovnik area entitled The Golden Book, co-produced by the Dubrovnik Summer Festival and Marin Držić Theatre with the support of the Caboga Stiftung Foundation. This music theatre piece is directed by Helena Petković, the author of music is Ivan Končić and it will be performed at the Collegium Ragusinum.

Geraniums Will Survive it All by Iva Brdar is a drama that speaks from the perspective of a generation that experiences the consequences of wars in the Balkans, but did not take part in them, and these consequences are reflected in constant dilemmas such as ‘Is it all right to leave?’. The co-producers of this play, created as part of the Future Epics EU project and directed by Ana Tomović, are the Heartefact Foundation and National Theatre Niš. Dance production Embrace by choreographer Meleat Fredriksson, in which dancers explore ‘black’ or ‘African view’ as a way of questioning dominant values in the Western society, is produced by the Vytlicke Centre for Performing Arts from Sweden, also as part of the Future Epics project. Another two productions dealing with the theme of migrations and experience of being a migrant on the European continent will be presented this summer in Dubrovnik as part of the Port of Dreamers EU project. Drama The Colourless Clock of Humanity based on the text of the same title by Aleksandra Mrđen and Ivana Janošev, inspired by the works The World of Yesterday and The Tide of Fortune by Stefan Zweig, directed by Ivana Janošev, is co-produced by the Kulturanova civil society organization from Novi Sad and Hungarian Novi Sad Theatre, and it will be performed in Lazareti. Celebration, a production by the Slovene National Theatre Maribor written by Ivor Martinić and directed by Jan Krmelj, will be performed on the Revelin Fort terrace. 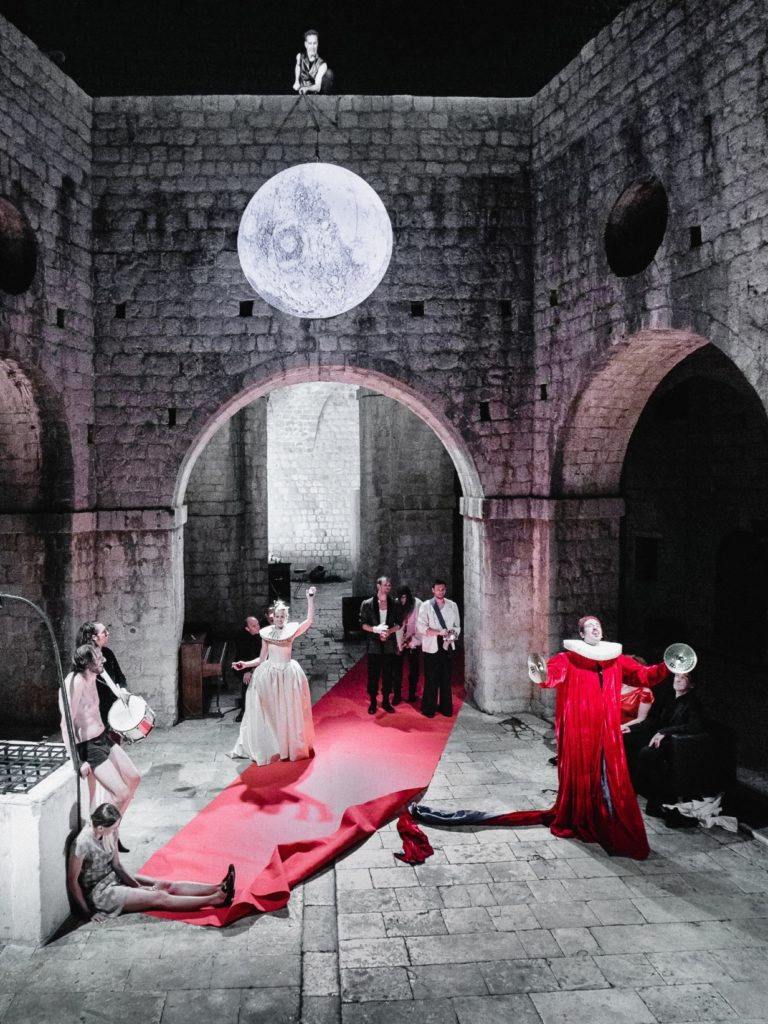 This summer the Festival audiences will again have the opportunity to see the great William Shakespeare’s most famous tragedy, Hamlet, directed by Paolo Magelli and premiered at the 70th Dubrovnik Summer Festival. It will be performed on the magical Lovrjenac Fort from 12 to 15 August with Frano Mašković in the lead role of Hamlet. The play has two nominations for the Golden Studio Award, one of major Croatian media awards, in the categories of Best Play and Best Male Theatre Actor.

– Two European projects in which the Festival participates either as partner or lead partner are committed to supporting multiculturalism and mobility of ideas along with encouraging creativity with different points of view. Collaboration between institutions, such as co-productions with the Zagreb Youth Theatre, Marin Držić Theatre and Zagreb Academy of Dramatic Art and collaboration with the Dubrovnik Symphony Orchestra, enables faster flow of creative ideas as well as encapsulating different artistic experiences and generational reaches into one whole. I would also like to use this opportunity to mention a valuable local collaboration with the Luka Sorkočević Art School, mostly in music masterclasses we have been successfully organising during the past several years with the support of the Caboga Stiftung, and will continue to do so this year – Artistic Director Dora Ruždjak Podolski said and added that the Festival also looks forward to returning to its iconic stage after the works on reconstruction of the Art School Park are finished.

Namely, with the support of the Caboga Stiftung Foundation, the Dubrovnik Summer Festival and Luka Sorkočević Art School organised music masterclasses with renowned international musicians: Stefan Milenkovich, Maria João Pires, Krešimir Špicer and Krešimir Stražanac, and this year this collaboration will be extended to art and ballet workshops for students of the Art School.

Ballet lovers will again have the opportunity to enjoy a superb dance performance at Gradac Park, the ballet gala and dance production I am not Scarred choreographed by Ilya Zhivoi and performed by the soloists of one of the world’s best ballets, the Russian Mariinsky Ballet.

The music programme of the 71st Dubrovnik Summer Festival opens on 11 July with Mozart’s Requiem performed on open-air stage in front of the Cathedral by the Dubrovnik Symphony Orchestra and Oratorio Choir of St Mark’s Church with soprano Margareta Klobučar, alto Martina Gojčeta, bass Goran Jurić and tenor Roko Radovan under the baton of Tomislav Fačini. 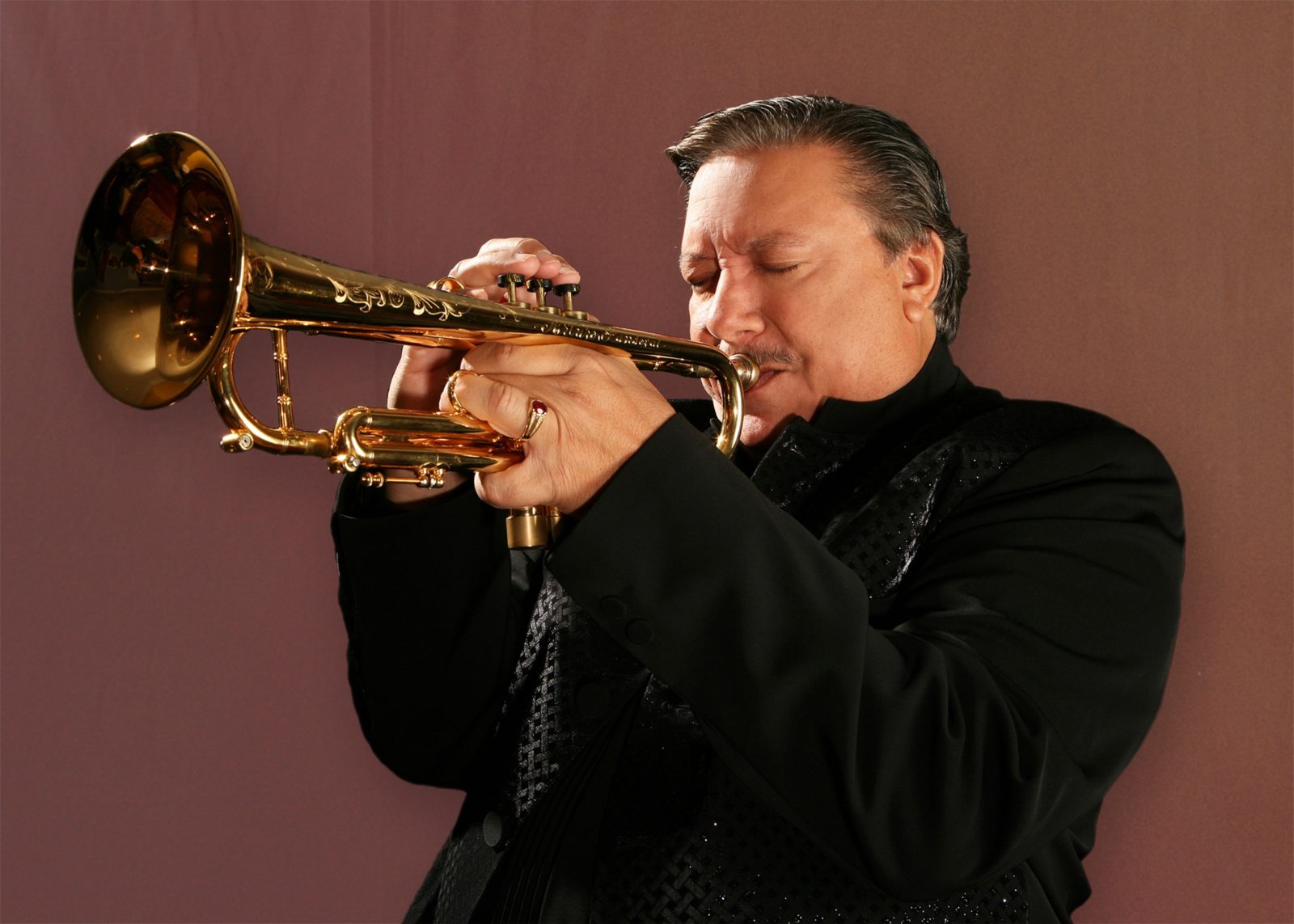 This season’s music programme includes performances of numerous musicians and choirs, winners of prestigious international accolades and competitions. Arturo Sandoval, one of the world’s most renowned jazz trumpeters, ten-time Grammy Award winner, Emmy Award winner, six-time Billboard Music Award winner and winner of numerous other awards, will perform on the Revelin Fort terrace. Prominent French-Georgian pianist Khatia Buniatishvili, two-time ECHO Klassik winner, which is considered one of the most prestigious classical music awards, will perform alongside the Dubrovnik Symphony Orchestra. Violinist Patricia Kopatchinskaja, the winner of numerous awards including the Grammy Award in 2018 for the album Death and the Maiden, who regularly collaborates with major orchestras and attracts a lot of attention with her unusual, often radical performances, will perform with the Italian ensemble already known to the Festival audiences, Il Giardino Armonico led by Giovanni Antonini. Julia Lezhneva, Russian soprano with a voice of ‘angelic beauty’ (The New York Times), ‘pure tone’ (Opernwelt) and ‘perfect artistry’ (The Guardian), will perform with the Moscow ensemble La Voce Strumentale, founded by Dmitry Sinkovsky. The British vocal ensemble English Voices, established as a professional choir for the best singers from prestigious Oxford and Cambridge choirs, will be led by Marc Korovitch, the current conductor of the Swedish Radio Choir. After its founding in 1986, the choir very quickly became renowned for its precision and passion.   Michael Francis, artistic director of The Florida Orchestra, will be conducting the National Youth Orchestra of Canada, one of the world’s most innovative and qualified youth orchestras. Trio Eusebius, the winner of the 16th International Competition of Young Musicians Ferdo Livadić, composed of violinist Eva Šulić, cellist Tonka Javorović and pianist David Vuković, will also perform this year, while piano duo Dalibor Cikojević and Zrinka Ivančić will present Boris Papandopulo’s dance suite Horoscope at the Rector’s Palace. The music programme also includes the performance of the Papandopulo Quartet, composed of four Croatian saxophonists, Nikola Fabijanić, Goran Tudor, Goran Jurković and Tomislav Žužak, who are dedicated to promoting contemporary music, especially works of young Croatian and international authors. Concert performance of Dubrovnik musicians entitled Dubrovnik on a Rock of Music will also take place this summer, resulting from the collaboration between the Festival and the Caboga Stiftung Foundation. Well-known and distinguished artists, mezzo-soprano Janja Vuletić and guitarist Maroje Brčić will undoubtedly once more delight the audience at the Rector’s Palace this year.

As part of the 71st DSF programme, Croatia’s rich dance and music heritage will be presented by the Linđo Folklore Ensemble at their traditional performances on the Revelin Fort terrace. Additional programme brings screenings of domestic films, the winners of the Pula Film Festival, at the Jadran Open-Air Cinema, while exhibitions of painter Ivana Selmani and Viktor Daldon will be on display in the Sponza Palace Atrium.

The Festival will be closed on 25 August with spectacular performance of the Croatian Radio and Television Symphony Orchestra, conducted by Ivo Lipanović, and international opera stars, soprano Lana Kos and baritone Željko Lučić. 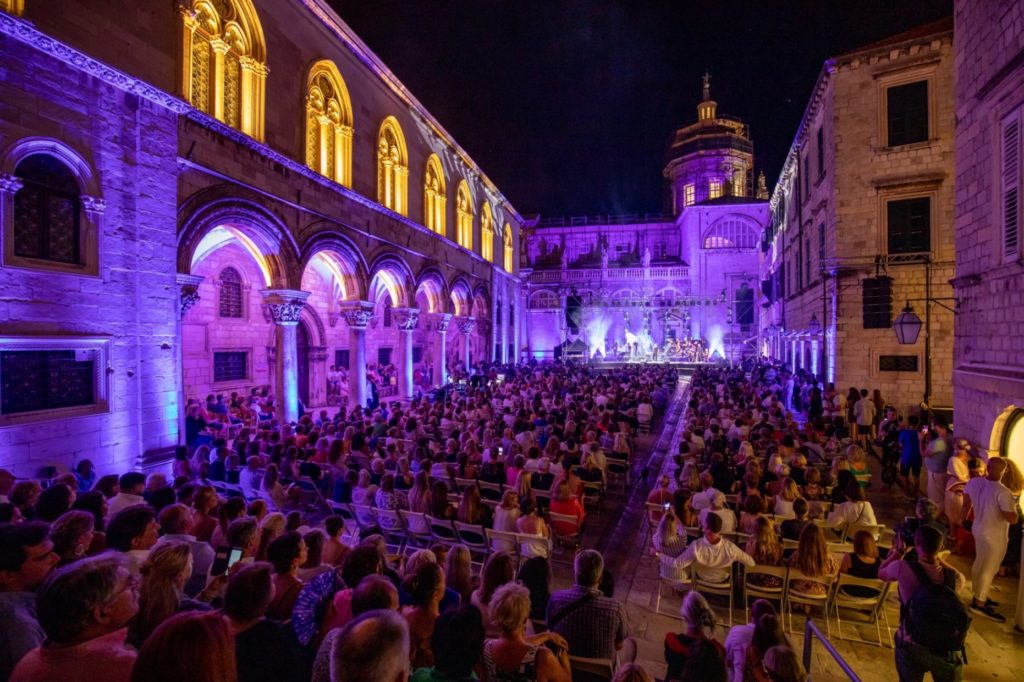 The financial plan of the 71st Dubrovnik Summer Festival amounts to 15.7 million kunas, Executive Director of the Festival Ivana Medo Bogdanović stated and added that the Festival will have another financially stable year. The complete programme of the 71st Dubrovnik Summer Festival will be announced a month from now, on 2 March, when tickets will be released for sale online via the Festival’s website www.dubrovnik-festival.hr and ticketing service www.ulaznice.hr. More detailed information and reservations for the programmes still unavailable for purchase can be obtained from the Sales Office at sales@dubrovnik-festival.hr or 020 326 107.