After comprehensive reconstruction work, worth as much as HRK 35 million, ACI Marina Dubrovnik opened the season and welcomed guests in a new, refreshed edition. Also, ACI Marina hosted the Jutarnji list’s ‘Nautical Sail 2022’, a project that started from the south of Croatia in 2022. On the occasion of the opening of the nautical season and the start of the ‘Nautical Sail 2022’ project, with which Jutarnji list promotes nautical tourism, sustainability and ecology and promotes Croatia as a destination of clean and preserved nature, Nikolina Brnjac, Minister of Tourism and Sports of the Republic of Croatia, Kristjan Staničić, Director of the Croatian Tourist Board, Nikola Dobroslavić, Head of Dubrovnik-Neretva County, Mato Franković, Mayor of the City of Dubrovnik, Kristijan Pavić, President of the Board of ACI, Leo Ajduković, Director of ACI Marina Dubrovnik and numerous other guests gathered at ACI Marina Dubrovnik. 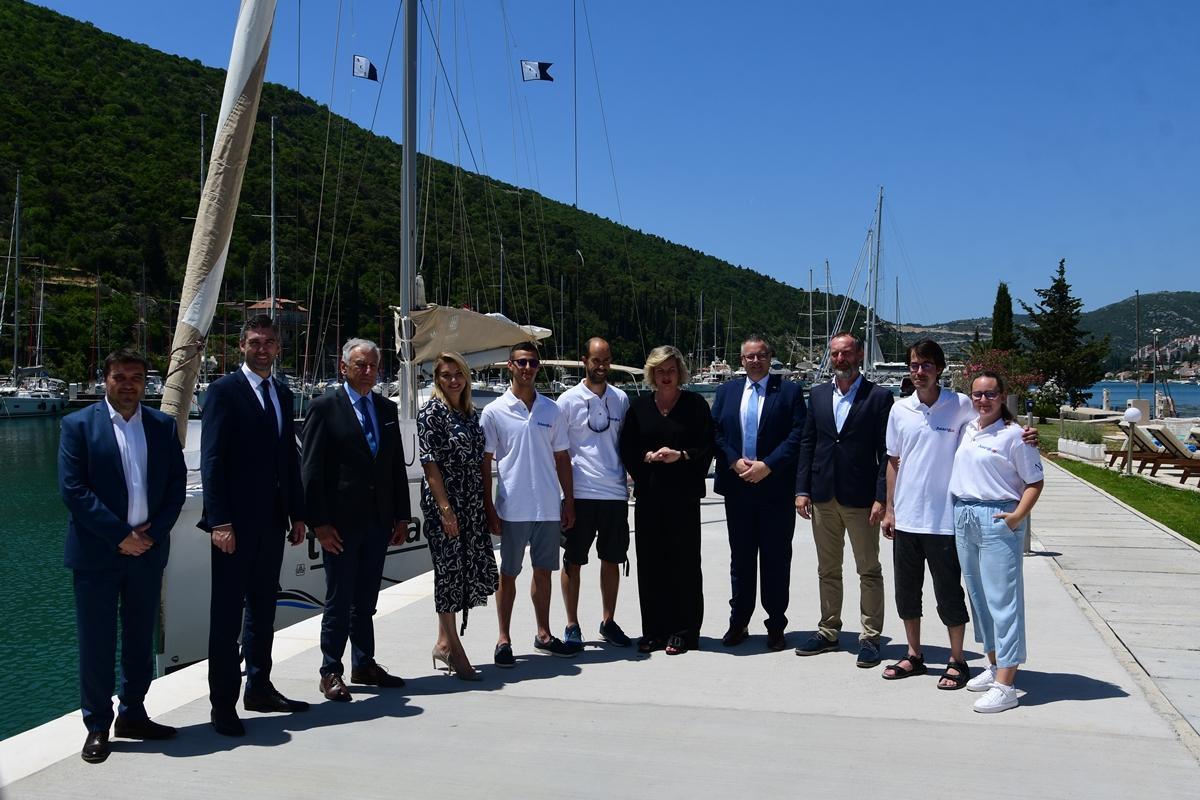 In the past two years, nautica has proven to be the most resilient form of tourism and one of the key facts of not only tourism, but also the overall national competitiveness of the Republic of Croatia. One of the secrets of this success certainly is in continuous strategic investments in raising the quality of all segments, where the largest chain of marinas in the Mediterranean, ACI d.d., stands out in particular. Moreover, in the last five years, ACI has invested a total of HRK 95 million in the excellence of the infrastructure and services of its marinas in the area of ​​Dubrovnik-Neretva County alone. Considering the significantly greater freedom of movement and the positive indicators so far, Croatia expects another successful tourist season, where again nautical tourism has one of the main roles.

‘I am very pleased that through projects like ‘Nautical Sail’ the quality of the local community, gastronomy and culture of smaller and lesser-known destinations in our country is promoted. The sustainable tourism we advocate, in addition to ecological sustainability, also implies social, economic and social sustainability, i.e. respect for people and the local community, as well as the cultural and natural features of the Republic of Croatia. It is also an important segment of nautical tourism, which has a special place in the strategy of sustainable tourism and which also largely depends on the preservation of the natural and cultural assets of our country. It is important to emphasize that this week the Ministry is also starting a public consultation for private tourism infrastructure of HRK 1.2 billion, from which certain funds will also be allocated for nautical tourism’, said the Minister of Tourism and Sports of the Republic of Croatia, Nikolina Brnjac. 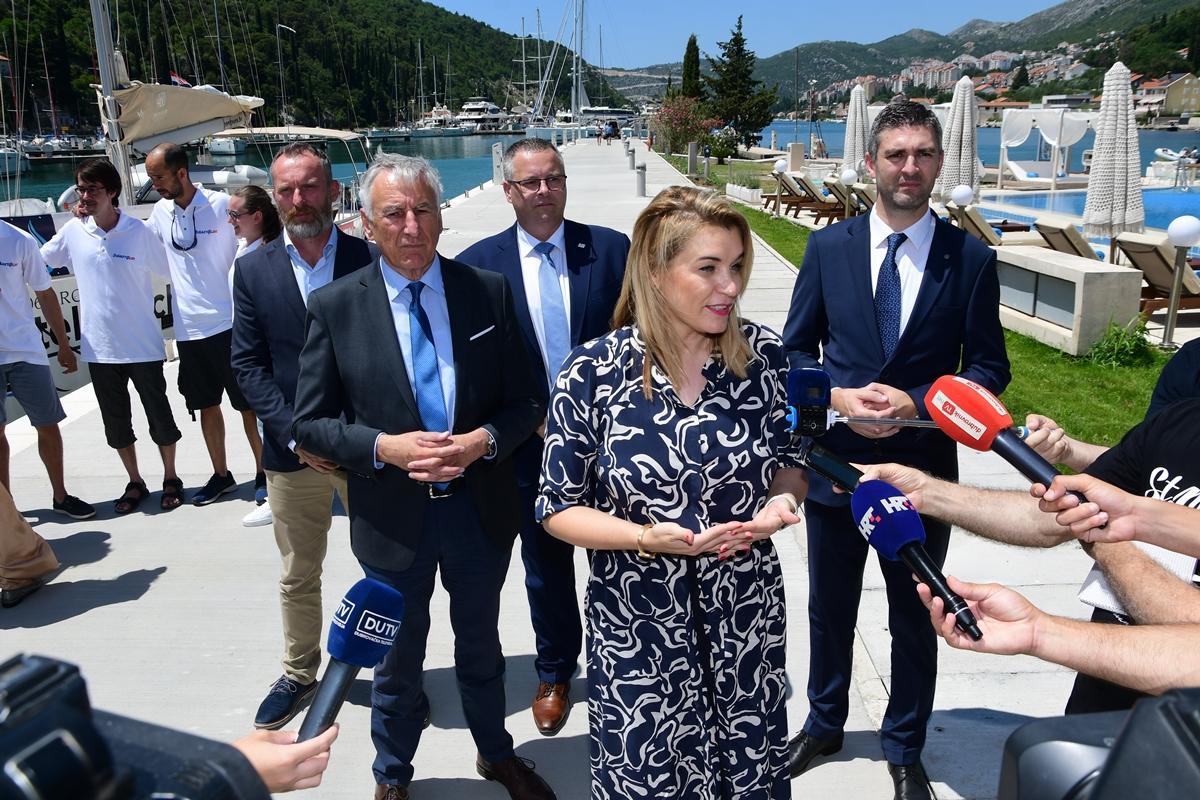 ‘In addition to the largest investment in the history of nautical tourism, the one in the ACI marina Rijeka, the construction of which is planned, we also paid great attention to the reconstruction of marinas in the south of our country, which are of vital importance, not only for nautical, but also for the overall tourism of the Republic of Croatia. During the last year, slightly less than HRK 25 million was invested in the reconstruction of the breakwater in ACI Marina Korčula, the tourist lifeblood of the entire island, which now shines again in its full glory. We also realized a very significant investment of around HRK 35 million in the reconstruction of ACI marina Dubrovnik, and that is why we are extremely pleased that this commendable project and the nautical season itself officially begin right here. We believe that the aspiration towards world-class quality, from which the aforementioned investments derive, will also be recognized by boaters, and we are looking forward to the coming season, which is very promising, as well as new investment projects that will place our country at the very top of the world in nautical tourism’, said the President of the Management Board ACI d.d., Kristijan Pavić in a marina that many consider the pearl, not only of southern Dalmatia, but also of the entire Adriatic.
Leo Ajduković, director of ACI Marina Dubrovnik, commented on investments in the excellence of infrastructure and services, as well as the reconstruction works carried out. 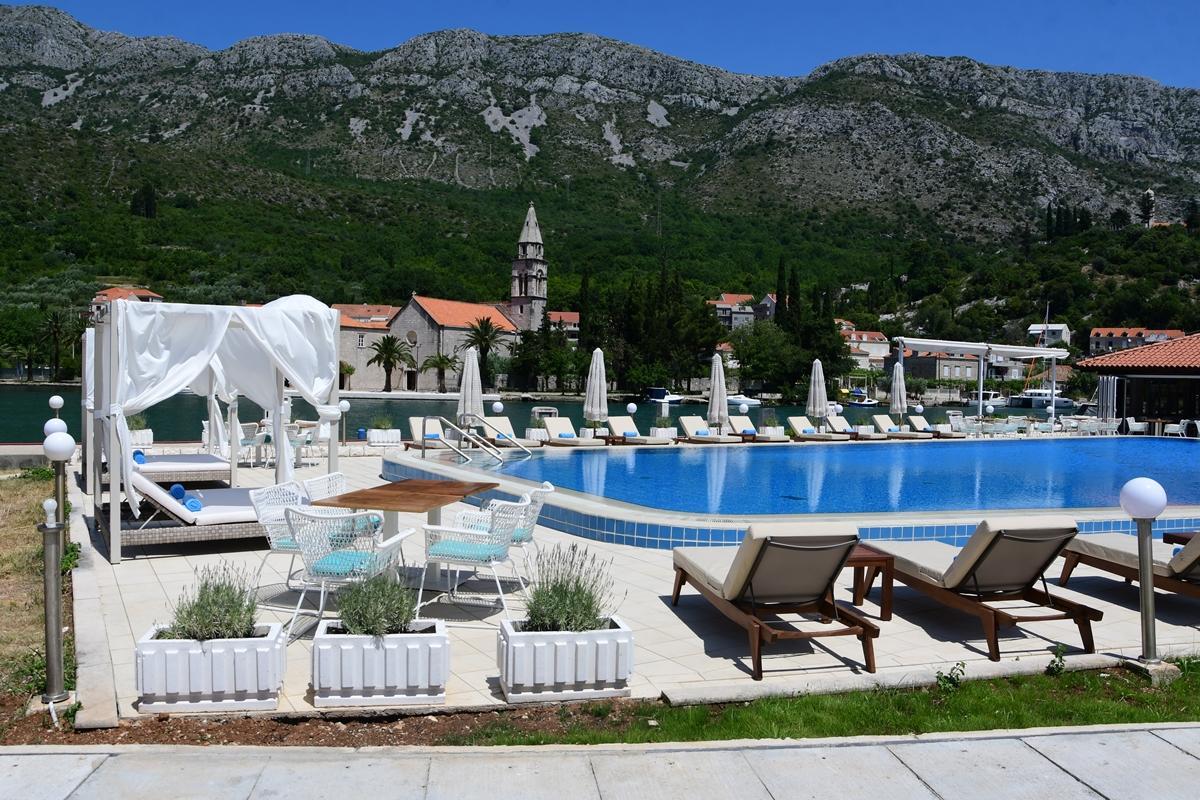 ‘We are really proud of the effort put in during the past period, when this marina, which was already at the very top of the nautical offer in the Mediterranean, rose to an even higher new level. With the construction of the coastal wall, we secured more than 230 meters of new shoreline for entering and accepting vessels four to five meters longer than before, and we carried out the reconstruction of the infrastructure in the entire marina, which includes the reconstruction of water supply and drainage, electrical network and installations, and lighting. The plan is to build a service zone that will be the largest in the southern part of the Adriatic, which will significantly increase the level of service nautical services’, concluded Ajduković. 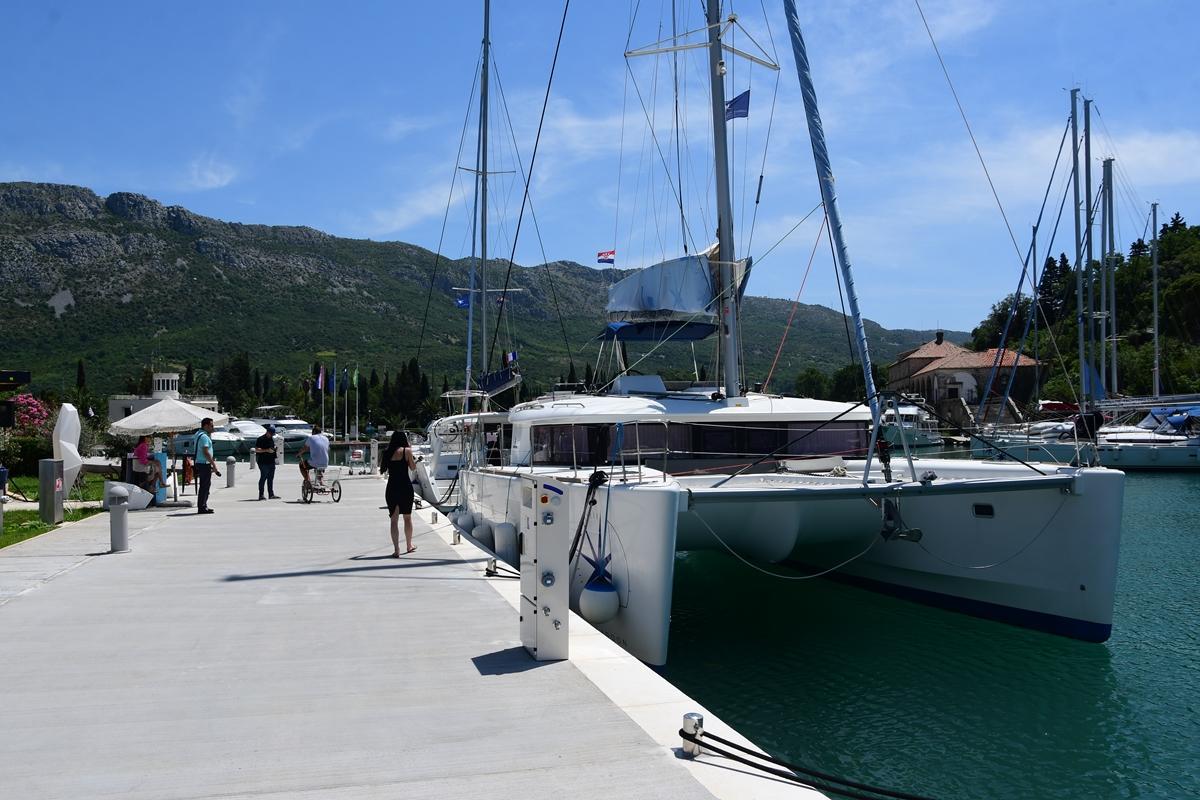