Bossa nova singer and author Bebel Gilberto is coming to Dubrovnik this Wednesday to perform on one of the most beautiful stages in the world – Park Orsula. Everything about the concert can be found here, and before coming to Dubrovnik, Bebel was more than glad to have an interview for local media.

How is it like to be a singer and songwriter in bossa nova life today? Is it harder than before, easier… To create the music?
A: It’s funny but I don’t really consider myself a true bossa nova artist, because my music is a blend of inspirations. I’ve been given that label and have to feel honored about that, but I like to say that that “I’m drinking from the water of bossa nova”, and my music may have the same mood between my voice, the vibe and acoustic guitar. But I don’t call myself a bossa nova singer compared to artists like my father (João Gilberto), Astrud, and all the real bossa nova singers. I’m just kind of doing my own music that is partly inspired by my family background and being Brazilian, but is also influenced by my life in New York, and also by my some of my favorite pop artists, which is a very diverse list that includes artists like Prince, David Bowie, Chaka Khan, Charlotte Gainsbourg, Bjork, Radiohead, etc.
In fact, I have a new song that’s about to come out which is my interpretation of “Creep” by Radiohead. I’m currently doing this song in a very intimate style, with just myself and my guitarist, Masa Shimizu. So you will hear that song when we perform in Croatia.

I’ve been doing this very intimate, somewhat stripped down version of my music all year, and we’ve created a wonderful semi-acoustic set of many of my most popular songs. It’s a very different vibe than when I play with a bigger band, and it’s been a very special and surprising experience for me. I am doing this with just my guitarist and my drummer, Magrus Borges, and this is the show you will see next week.

Once, you perfectly described the feeling of creating and listening to bossa nova: ‘It’s like kissing and listening to the sea in the background with birds flying around.’ Each day, you are extending the moment by experimenting with different genres – how and where do you find inspiration?
Well, since the beginning, since I was a kid I was obsessed with Michael Jackson. And in my teens, when I became more aware of other artists I fell in love with Chaka Khan and Prince. The first album I bought when I moved out from my parents and into my own home and I had my first sound system was Chaka Khan. And then I dived into Prince. My boyfriend at the time was a bass player, and we would listen carefully to all the Prince albums and then he played here and it was unforgettable. And I can’t forget Stevie Wonder. His album “The secret Life of Plants” is one of my favorite albums.

More recently I’ve also experimenting with some new music that is returning to a more electronic vibe, more like I was doing on my album Tanto Tempo. Last year I went to Tulum and got turned on to all these new DJs who are sort of associated with Burning Man, and using more tribal sounds, including some Brazilian music. People like Acid Pauli, Felipe Torquato (a Brazilian who makes music using the name Spaniol) and Oceanvs Orientalis, who is a very interesting guy from Turkey. So I’ve been talking to some of these guys and working on some material that will hopefully have some of them involved, or doing something in a similar vibe.

What do you think about the venue – Park Orsula, or Dubrovnik in general? Have you ever been to Dubrovnik before? If yes, what are your impressions? If no, what do you expect?
I have never been to Dubrovkik, and I’m super excited to visit. I also hear that that Park Orsula is very very beautiful, and I really love playing music outdoors, so I’m really looking forward to the show.
One of my favorite videos, for the song “So Nice”, was partially shot outside, and I also recorded a live DVD a few years ago that on the beach in Brazil. So I definitely feel like my music goes well in an outdoor setting, whether I’m playing with a band as we did on the beach, or doing a more intimate set as a trio, like we will do for Park Orsula. 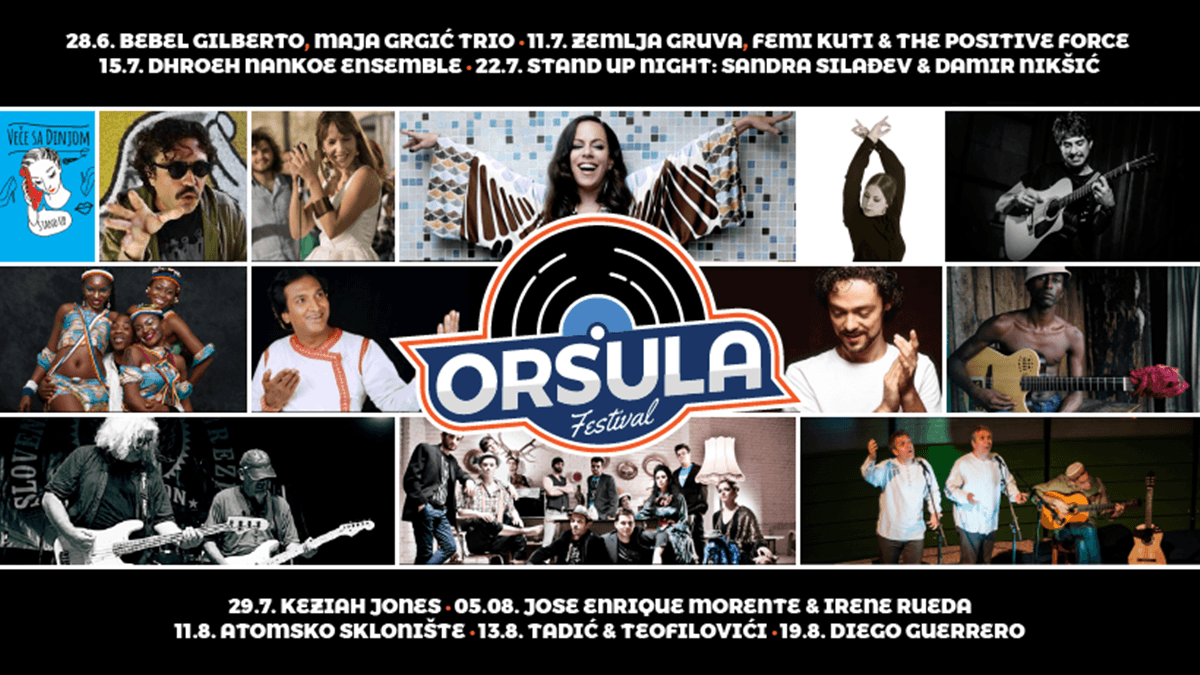 You are into music since your childhood, and from that moment you came to ‘Tudo’, everything. What was that road like?
I mentioned a minute ago some of the music I listened to as a child – not just Brazilian music, but also the pop music I’ve loved and been influenced by over the years.
In terms of my own musical journey that lead to how I made my albums, a lot of that happened from meeting other interesting musicians or being involved in different projects. For example: When I moved to New York I was invited to do this project about Carmen Miranda with David Byrne, Arto Lindsay, Laurie Anderson and all these cool and interesting artists. Then I moved to London and I met Amon Tobin and started working with him. So by the time I came back to New York City, after Tanto Tempo came out, I started working with Thievery Corporation, and all these other DJs and electronic music producers who I’d never heard before.  And many of these people ended up doing remixes for my album. So that was a very interesting time for me and had a big influence on how my music evolved.

When you are home alone, you are listening to…? Are you familiar with some Croatian music perhaps?
I listen to Spotify, and make my own playlists. My taste is very eclectic so I listen to a lot of things, but right now I’d say there’s a lot of great music coming from those DJs I mentioned earlier.

I’m not familiar with any specific Croatian artists, but one of the first producers I worked with when I started doing my own material was this amazing producer named Suba, who I worked with on Tanto Tempo. Suba was Serbian, and during that period when we were spending time together he used to play a lot of music from that region, which I enjoyed a lot. Maybe when I’m there for this upcoming visit I will get to hear some of the newer Croatian artists.