With the increase in number of tourists visiting our City, the number of visitors to our biggest attraction – the City walls – has also increased. The average daily number of tourists who walked the city walls in the first 16 days of August was 4 thousand people. The number has remained the same in the last two days as well according to what Niko Kapetanić, secretary of the Society of Friends of Dubrovnik Antiquities, told DuList. When it comes to July, the walls were visited by 77 thousand visitors.

Today, the glorious Dubrovnik City walls are among the best-preserved fortifications in the world and a huge part of cultural and historical heritage of this city. But long time ago they served as a powerful defence system inside which the citizens of the Republic of Ragusa have lived in peace and wealth for five centuries.

1940 meters long, up to 25 meters high, between 4 and 6 meters thick towards the mainland, and from 1.5 to 3 meters towards the sea, the Dubrovnik’s city walls have been built for centuries and the great earthquake of 1667 hardly damaged them at all.

The most prominent structures are definitely Minčeta, Bokar, Sveti Ivan, Revelin, and Lovrjenac.
The construction of Minčeta tower, the most beautiful of them all, began on the same year the Turks conquered then Christian Constantinople. Its construction was finished by the great Croatian renaissance builder Juraj Dalmatinac and beside the defence roll it also served to distribute water throughout the City and as a metal foundry.  Bokar tower – also called Zvjezdan, was designed by the Florentine architect Michelozzo Michelozzi as a semi-circular two-story building that was to guard the west entrance to the City, and is considered nowadays to be one of the oldest casemented forts in Europe. 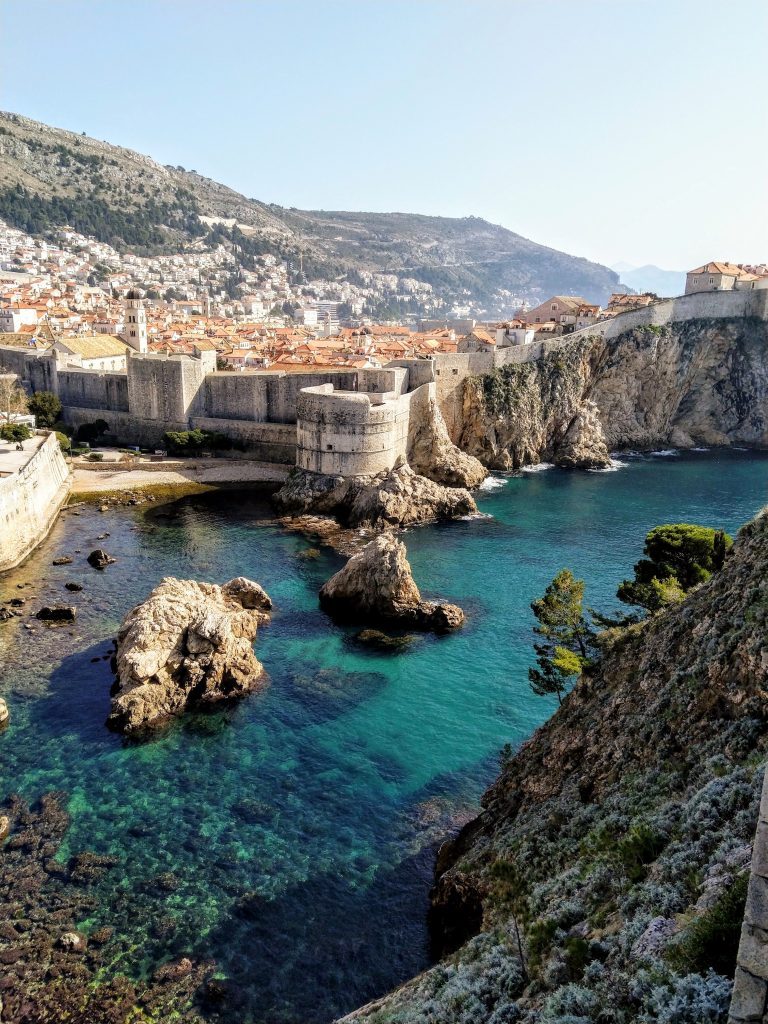 In fear of the Turkish-Venetian wars Dubrovnik folk decided to build the fortresses of Sveti Ivan and Revelin.  Both built to protect the City from the Turks, Sveti Ivan protected the Old city port while Revelin looked over the eastern entrance to the City. Revelin was the first fortress to be built outside the actual walls – its name literally meaning “object near the sea”.

Another fortress built outside the walls, and perhaps the most famous one is Lovrjenac. Also known as the Gibraltar of Dubrovnik, Lovrjenac stands on a cliff 37 metres above sea level, built to protect the western sea approach to the City, mainly from Venetian ships. At the entrance to the fortress is a Latin inscription: “NON BENE PRO TOTO LIBERTAS VENDITUR AURO”, a famous Dubrovnik quote, saying one should never sell its freedom, not even for all the gold in the world. 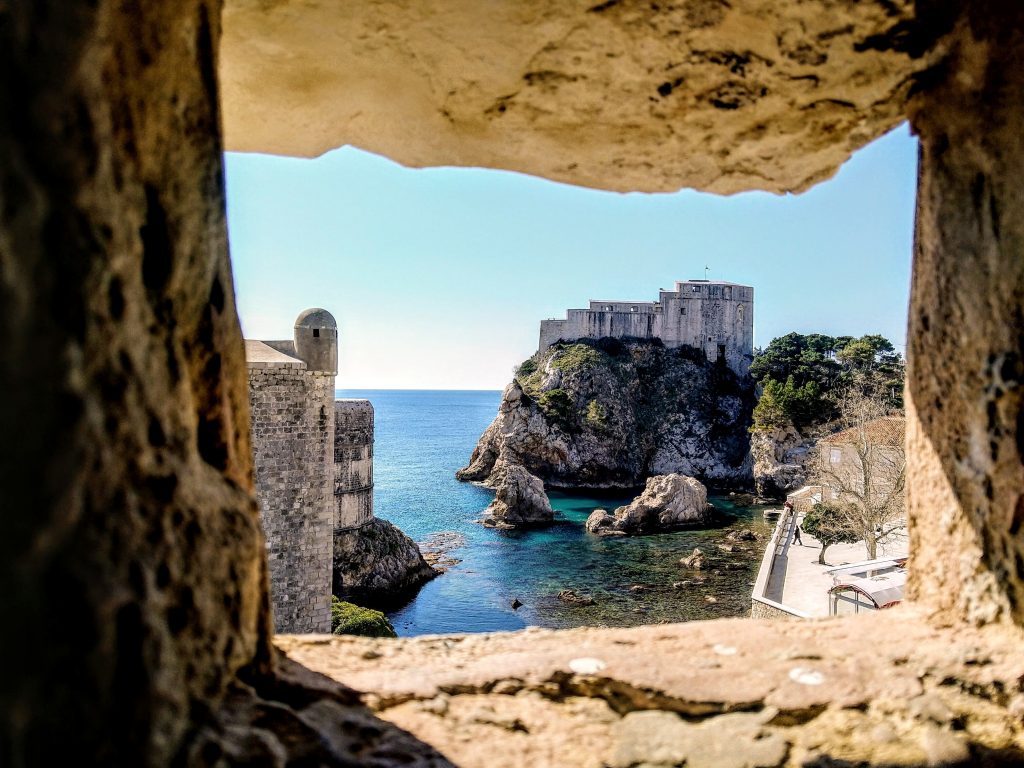 Beneath the walls stretched a large, deep ditch that is not visible nowadays due to the construction of the road and parking lots, which further strengthened the defence of the City, and was guarded by 120 cannons.

Numerous famous builders of that time participated in the construction of Dubrovnik’s walls including Paskoje Miličević, Juraj Dalmatinac, Michelozzoo Michelozzi, Onofrio and Simeon della Cava, Antonio Ferramolino and others. Interestingly, although the walls of Dubrovnik are breath-taking in their beauty, the builders were not guided by aesthetics at all, but only by the effectiveness of the City’s defence. In the end, they satisfied both forms. There is a legend saying that at one point in time the builders ran out of stone so it was decided that every foreigner who comes to Dubrovnik, in order to ender the City, must bring one stone as big as they can physically carry. 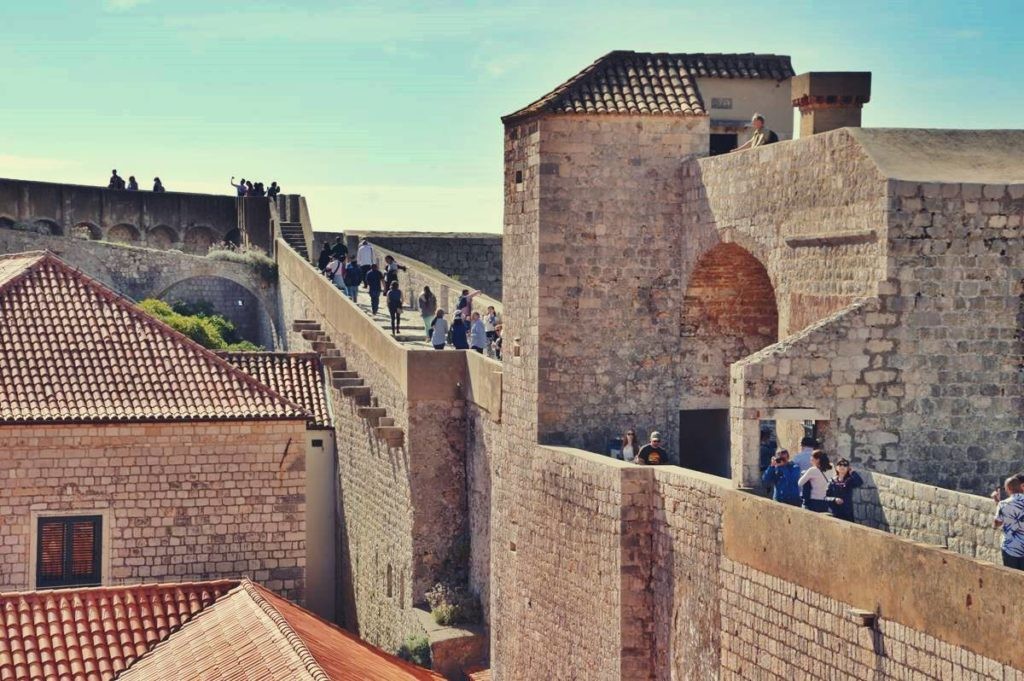 In 1979, the walls were inscribed on the UNESCO World Heritage List – a list of natural, architectural, and artistic heritage that must be preserved.

The best way to explore them is by taking an easy walk along two kilometres of stone paths along the ramparts and fortresses around the City itself. Each step of the way will reveal new spectacular views of the city and the sea. 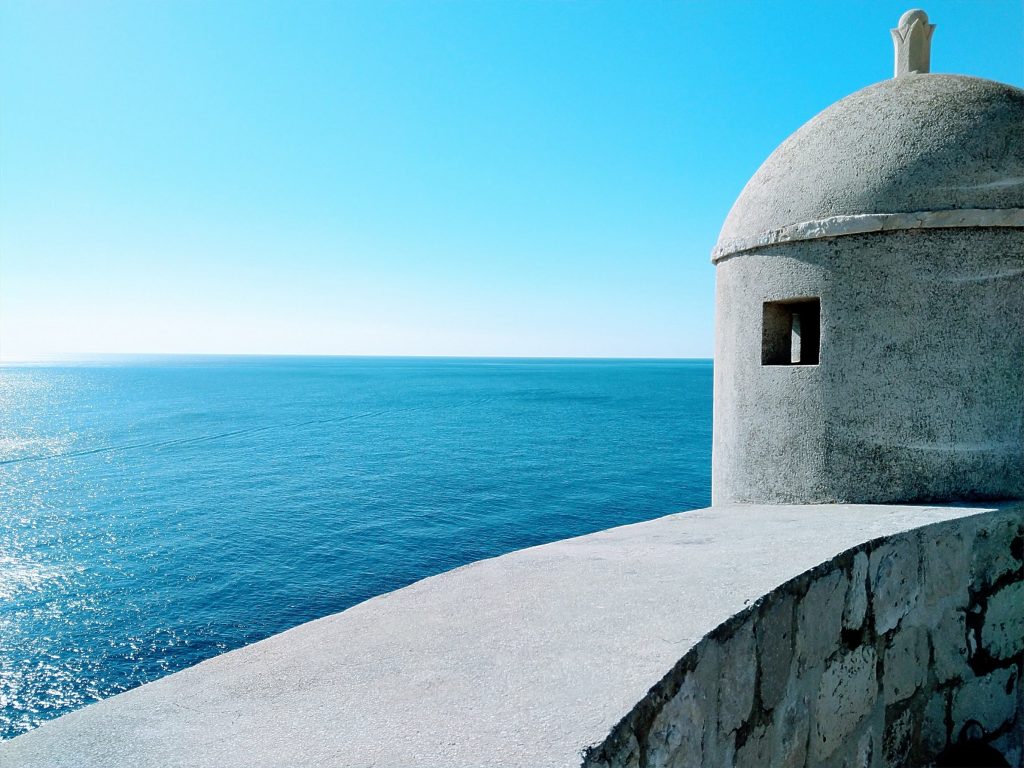 There is a saying that he who was in Rome, and did not see the Pope, shouldn’t have bothered coming at all – the same can be said about Dubrovnik and its walls. Now, you don’t have to bring a stone this time, but according to TripAdvisor you most certainly have to walk the walls as they included them in the Top 10 sights everyone should see before they die. Pretty impressive, don’t you think?