The Renaissance Garden project presents a multimedia concert based upon heritage interpretation. The project itself is conceived and performed by The Rest is Music organization and will be organized by the Dubrovnik Heritage PLC and supported by Caboga Stiftung Foundation and the City of Dubrovnik.

The first of four of this year’s performances, conceived as a salon gathering, will start on July 20, at 21:00, at the authentic ambiance of the renovated renaissance villa Bunić-Kaboga. A special bus line for the audience departs at 20:30 from the Pile bus station, with a stop in Vukovarska Street. The return is scheduled at 22:15 from the summer villa.

Though it’s magical scenery, the Renaissance Garden project revives the legends of Dubrovnik’s summer gardens which once presented the main location for Dubrovnik’s rich cultural and social life.  It is for that reason that even to this day the summer villas make a gathering place for the local population and their visitors from abroad.

The author of the concept is Ivana Jelača, pianist and creative leader of the RIM organization, who will be performing with the soprano Marija Lešaja and the flutist Ines Ivanjek in the chamber ensemble. Marojica Bijelić, a longtime associate of the RIM organization will be hosting the event. The author of documentary and visual materials is Iva Dedo, photos are by Katarina Karakaš Spiroski, and the costumes of the fairies were especially designed by Duška Nešić Dražić.

Performances in the Summer Villa Bunić-Kaboga: July 20th /July 27th /August 3rd /August 10th at 21:00. Ticket price is 150,00 kn, which includes the audience’s organized transport to the villa and back. The bus departs at 20:30 from the Pile bus station, with a stop in Vukovarska street. The return is scheduled at 22:15 from the villa Bunić-Kaboga. 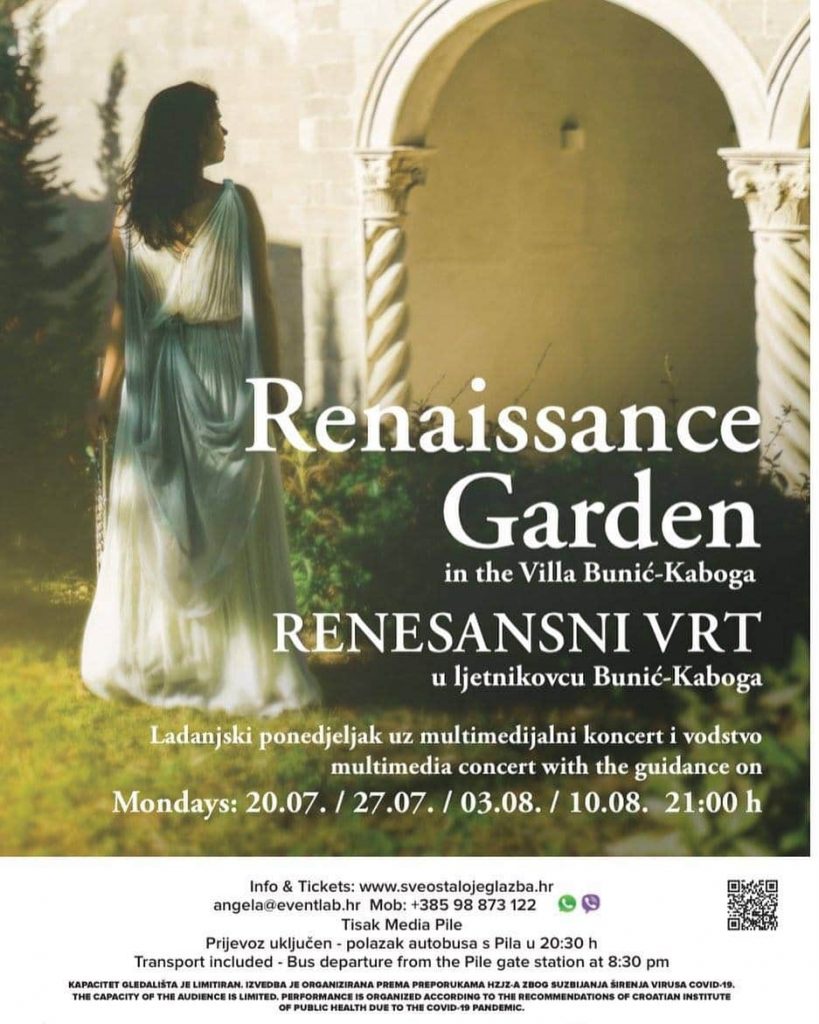