The Qatara ‘Fateh Al Khair’ boat is sailing all around the Mediterranean to promote the 2022 World Cup in Qatar. Last week they decided to visit Korčula, where the crew was greeted by the Mayor of Korčula with his associates and the Ambassador of Qatar in Croatia with his associates. 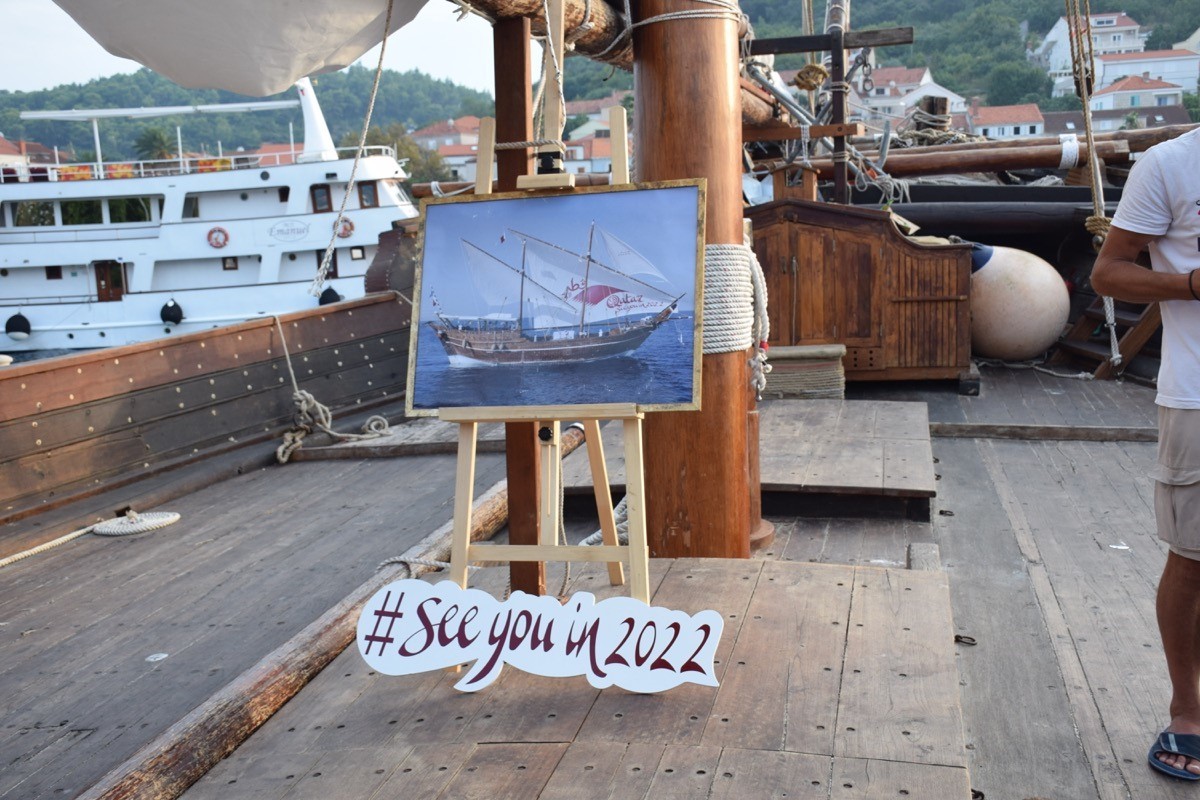 The Qatara crew enjoyed Moreška’s performance and, with a few greetings and gifts, promoted the 2022 World Cup in Qatar. As Korčula in Croatia is the only port where the Qatari ship ‘Fateh Al Khair’ docked, this is also a sign of friendship and a presentation of Qatar culture to Croatia and vice versa, and is also another top promotion of Korčula and Croatia worldwide.