International Late Summer Music Festival Dubrovnik was launched in 2013 to enrich Dubrovnik’s cultural program in late summer and maintain the musical tradition. The Festival has gained the audience’s loyalty from the very beginning, which participates in concerts held in front of the Rector’s Palace or in its atrium. The concerts are enjoyed by many passers-by, visitors, and locals who are attracted by the exciting and extensive music program.

The Festival includes symphony and chamber concerts, recitals, premieres, and collaborations with famous soloists and conductors, showing virtuosity and skills on the most captivating stage. In addition, they play well-known pieces by foreign and Croatian composers, thus promoting Croatian musical tradition and reputation. The Festival’s music director is Marc Tardue, the chief conductor of the DSO. 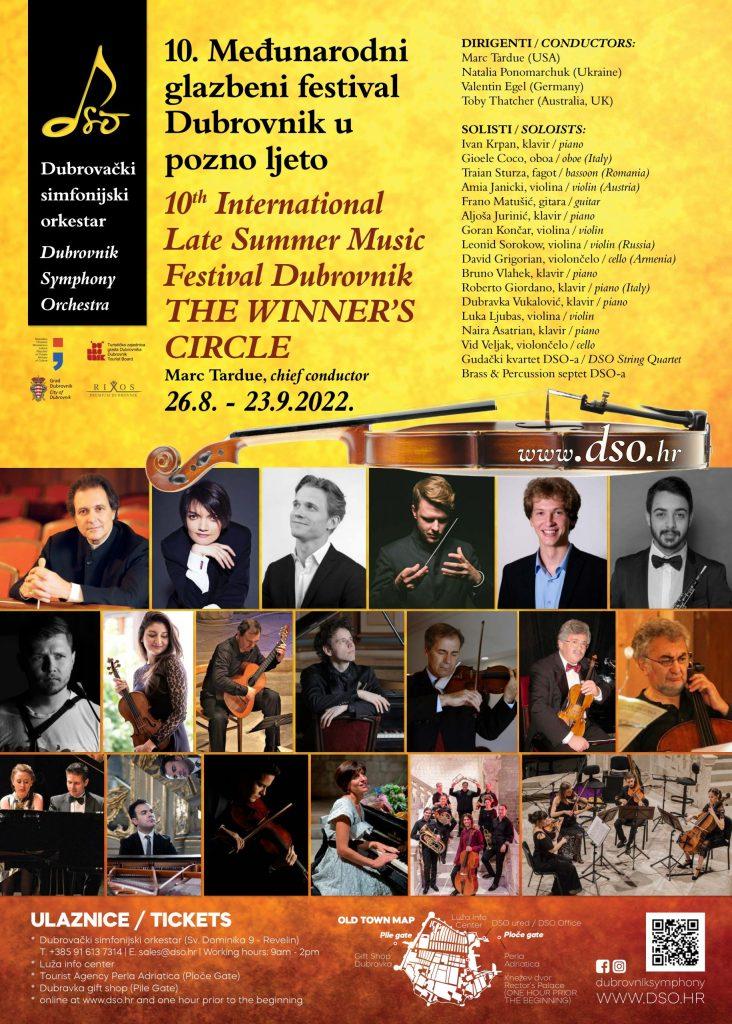