In the famous Dubrovnik Republic quarantine of Lazareti, a special exhibition was opened this Thursday called “COVID-19 i kuga: sadašnjost u prošlosti” (“COVID-19 and the Plague: Present in the Past”) by ScD Vesna Miović i Zrinka Lucianović. The idea for the exhibition came at the time of lockdown, when a lot of dubious, but also very wrong information was going around. The authors decided to make things right coming up with an informative exhibition and in the process realized the similarity between Dubrovnik’s past and present.

The exhibition provides an insight into the history of the extremely successful anti-epidemic system of the Dubrovnik Republic and the Lazareti themselves. In addition, the epidemiological, economic, and social measures implemented by the Republic are compared with those implemented today in the fight against the COVID-19 pandemic. The measures are strikingly similar, almost identical, from keeping a physical distance to contactless payment. 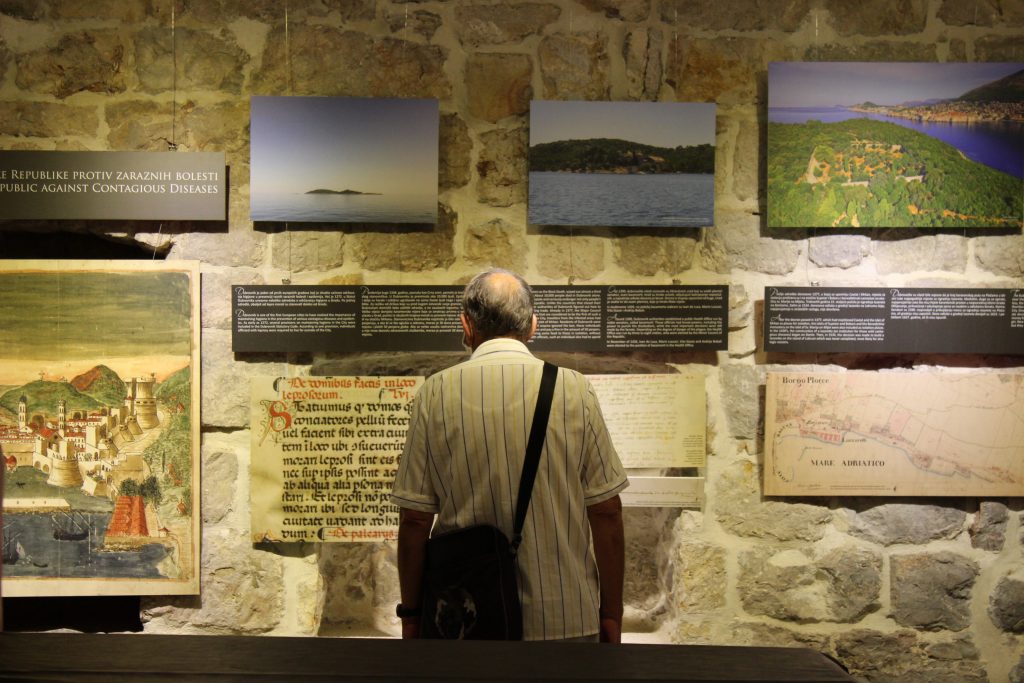 “At that time, the people of Dubrovnik had a rather brutal method of maintaining physical distance. The soldiers would carry very long sticks and use them to push people away from each other in order for them not to become infected,” says Lucianović.

Among other things, the exhibition shows the successfully balance old Republic managed to obtain between the plague and economic survival, a way to function no matter what. Anti-epidemic measures have been carefully designed and implemented with the main goal of ensuring trade stability. While thousands of people died in the immediate vicinity, they had only 9 deaths in Dubrovnik thanks to measures that were extremely extensive, very well thought out and regulated.

“It is interesting to know that the health office of the Dubrovnik Republic had a relatively unlimited budget at its disposal. Health protection was a priority,” Lucianović adds.

The construction of Lazareti, if we look at today’s estimates, cost 2 and a half million euros. For a long time, the people of Dubrovnik considered where the quarantine should be built. The quarantine was moved several times before finally settling at Ploče, making Lazareti the first ever documented quarantine in the world.

The exhibition consists of two levels. The first part presents an overview of the battles of Dubrovnik Republic against infectious diseases such as leprosy and plague, and the second part contains comparisons and reactions of people, countries and institutions to illnesses both in the present and in the past.

“It is striking how many things remained the same, or at least similar,” Vesna Miović says. 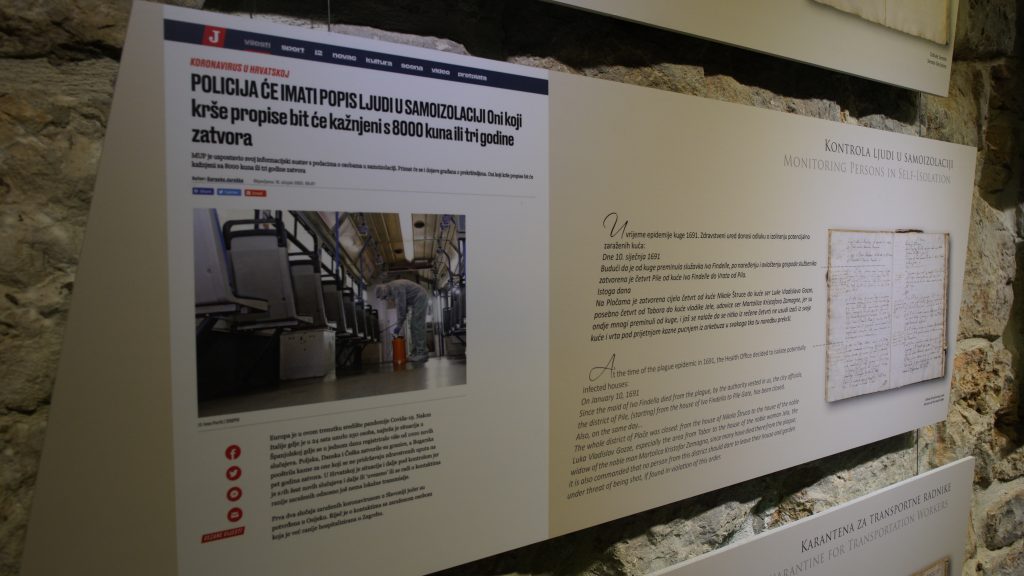 “Everything in Lazareti,” she says, “was well organized and it was known exactly how things are supposed to work. Namely, goods were disinfected in the yard, and the key element were – drafts. Disinfected goods were stored in the porches, in a separate place from the ones just coming in line for disinfection. The infirmaries were divided into 10 smaller sections, five courtyards with porches, a square and a small house known as the ‘Janissary Infirmary’, since the middle of the 18th century quarantine was held by the Janissary, the elite Ottoman infantry.

“The quarantine lasted for 40 days and for them it did not mean what it means to us today. Today we are very impatient,” Miović says. The main person in charge of Lazareti was the emin, the unofficial Ottoman consul in Dubrovnik. About a dozen soldiers were subordinated to him.

“We also had people we call “fakini”, you can call them the martyrs of this complex really, who brought in goods, but also disinfected them. They had spent most of their working lives in quarantine. Because, in contact with the disinfected goods, they had to, as we say today, go into self-isolation,” said Miović. More about these and other interesting information is displayed at the fascinating exhibition, that will stay open until further notice.

The exhibition “COVID-19 and the Plague: Present in the Past” was created in collaboration with the City of Dubrovnik, Dubrovnik Heritage and the Institute of Historical Sciences of the Croatian Academy of Sciences and Arts in Dubrovnik. The head of the Administrative Department for Culture and Heritage, Ana Hilje, who opened the exhibition, pointed out the cooperation between state and city institutions. The exhibition, she says, takes place exactly where it should – at Lazareti, which is slowly becoming a creative district of our city.