The seventeenth edition of the Šipan Summer Film School will once again this year, thankfully, take place. In the first half of August the island of Šipan will be the hot spot for small filmmakers who will learn to create their film art through a creative combination of play and immediate learning in three workshops.

Feature film workshop for younger elementary school students is organized in cooperation with the Kaooosss association from Zagreb, guided by Jura Troje and Noa Nikolić, making it their third year managing the aforementioned workshop.
This year’s documentary-feature film workshop for slightly older elementary school students will be led by Jerko Ban, Šipan parish priest with a master’s degree in theology at the Jesuit School of Theology – Berkeley as well as a completed master’s degree in film and TV production at Loyola Marymount University in Los Angeles, making him a perfect choice as the head of this workshop.
The collaboration with Dean Zuliche, a world-renowned photographer with a current LA address, resulted with workshops in photography and in the basis of visual expression intended for the youngest students of this year’s Šipan Summer Film School. 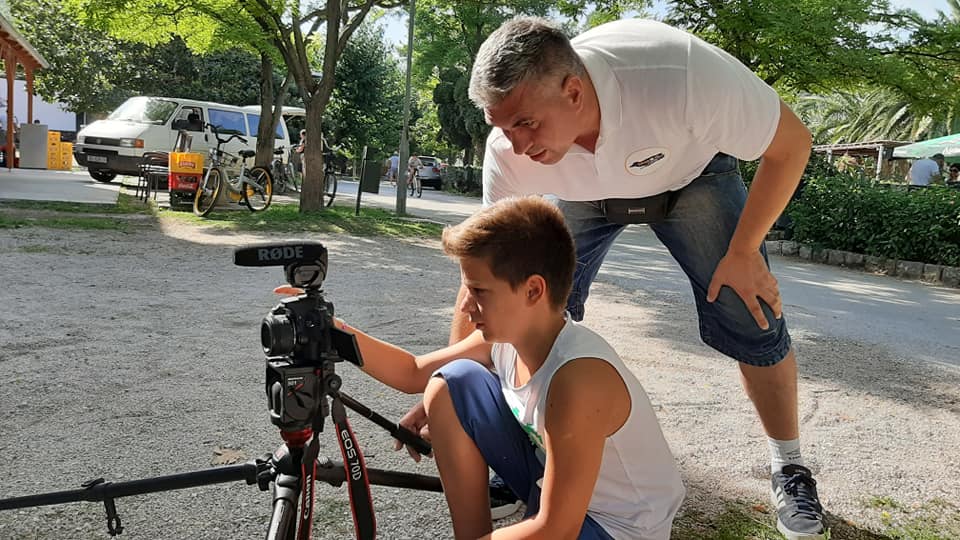 Alongside the workshops, the production team consisting of Miro Bronzić and Nils Neubert made an effort to prepare a diverse and truly respectable cinematic program at the open-air cinema next to the church of St. Antun in the Šipan Port.

At the opening itself, which is scheduled for Friday, August 7, after a brief presentation by the leaders of this year’s workshops, the guests will be greeted by the film that had definitely marked the year 2019 in the entire region. It is, of course, the film ‘The Diary of Diana Budisavljević’, which will be shown in the presence of its director Dana Budisavljević.

The next day, on Saturday, August 8, in front of the Dubravka building Kolarin Theater Company crew from Dubrovnik will show the Šipan audience their latest play ‘Mare Fjočić’, directed by Paolo Tišljarić, and based on the text by Jozo Lovrić Jadrijeva who spent a good part of his life on Šipan Island.

On Sunday, August 9, in collaboration with the Silence please festival, the cult animated classic ‘Porco Rosso’ directed by Hayao Miyazakia will be screened for the youngest among us.

The extraordinary drama ‘Mater’, the feature film debut of successful director Jure Pavlović that is said to be one of the contenders for the grand prize at this year’s Pula Film festival will definitely wow the audience on Monday, August 10.

On Tuesday, August 11, generations of teenagers and youtubers will enjoy the film by Ljubo Zdjelarević ‘Go, went, gone’ which in one place gathers all the most famous Balkan youtubers, fitting them all in an very interesting plot and film story.

After the teenagers, on Wednesday, August 12, the oldest among us will also have a chance to delight in ‘Trideset konja’ from 1988 with Boris Dvornik in the lead role, based on the script by Ivo Brešan and directed by Mladen Juran.

On Thursday, August 13, the Macedonian visual masterpiece and a renowned Oscar nominee, the documentary ‘Honeyland, directed by Tamara Kotevska and Ljubomir Stefanov will certainly make the evening for everyone who decide to attend its screening.

The final evening of the Šipan Summer Film School awaits us on Friday, August 14. Alongside the award ceremony, the guest will be shown all the magnificent creations constructed in the workshops. There is no doubt that the little filmmakers from Šipan will prepare real works of art and proudly present them to the audience.

The Šipan Film School Association notes that all the recommendations and measures of the National and local Civil Protection Headquarters will be implemented during the entire seven-day program. Evening programs at the open-air cinema regardless the open space will take place with mandatory hand disinfection on arrival, recommended distance between spectators and, depending on the spectators count, written records of all present.