Mato Franković is the former chairperson of the City Council of Dubrovnik, and a member of Croatian Parliament. He is an ex director of ACIM Marina Dubrovnik, state-owned company for marine management ACI, and through his life he has been working in tourism. 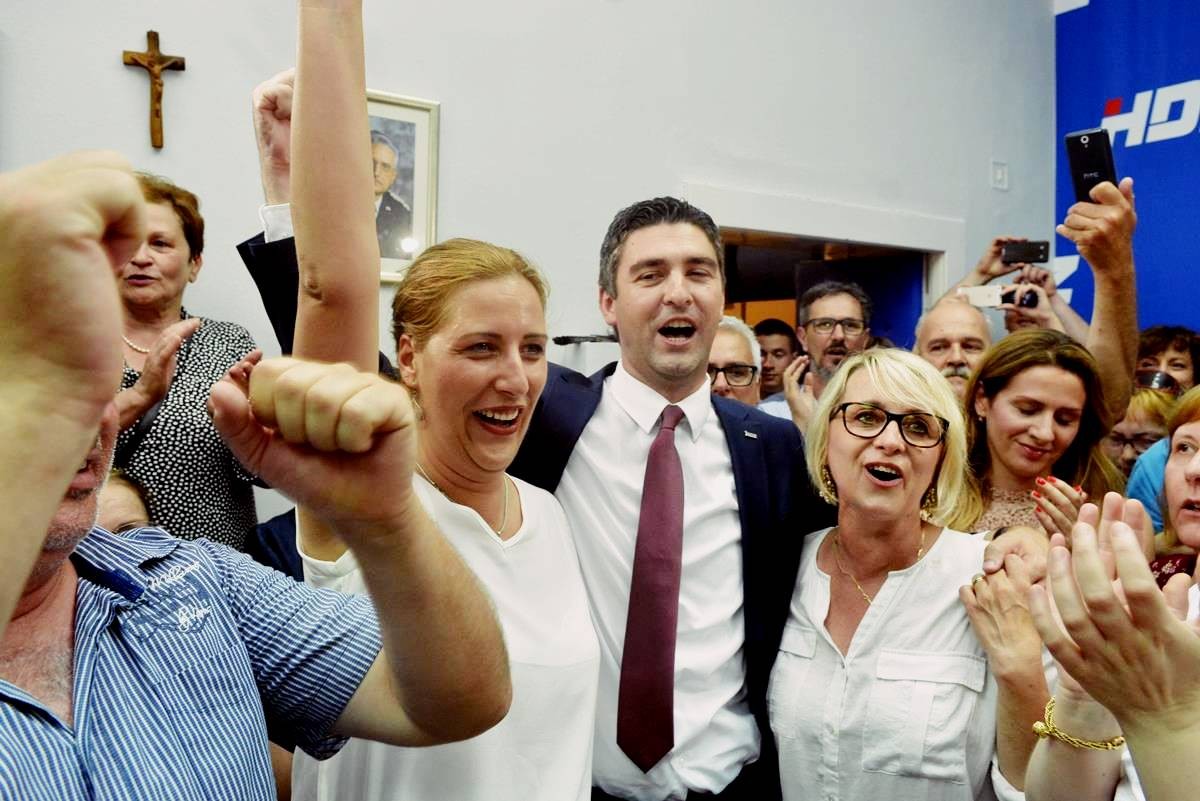 His opponent, Valentin Dujmović, director of the city-owned company ‘Vodovod’ for water and public plumbing management, is the closest party associate of Andro Vlahušić, former mayor of Dubrovnik, who has been disenabled from the race due to new legislation impediment, colloquially named ‘lex Vlahušić’, the law forbidding those guilty of a fraud to candidate for public office. After eight years, Dujmović replaced Vlahušić, but the effort and the campaign just wasn’t enough. Franković celebrating with the people of Dubrovnik, tourists and members of HDZ