In order to save themselves from the inevitable invasion of the Venetians, 303 years ago the Republic of Dubrovnik sold a part of its territory, now Neum corridor, to the Ottoman Empire in hopes that a physical gap, filled with the mighty Turkish Empire, will save them from their archenemy. New centuries brought new wars, new treaties, and the creation of new states, but the separate territory of Dubrovnik always sought to merge with the mother country. Today we finally welcome that day.

Pelješac Bridge, the largest strategic project in the Croatian south and a long-awaited dream of all the inhabitants of southern Croatia, has finally been realized thereby connecting our County with the rest of Croatia after more than three centuries of separation. 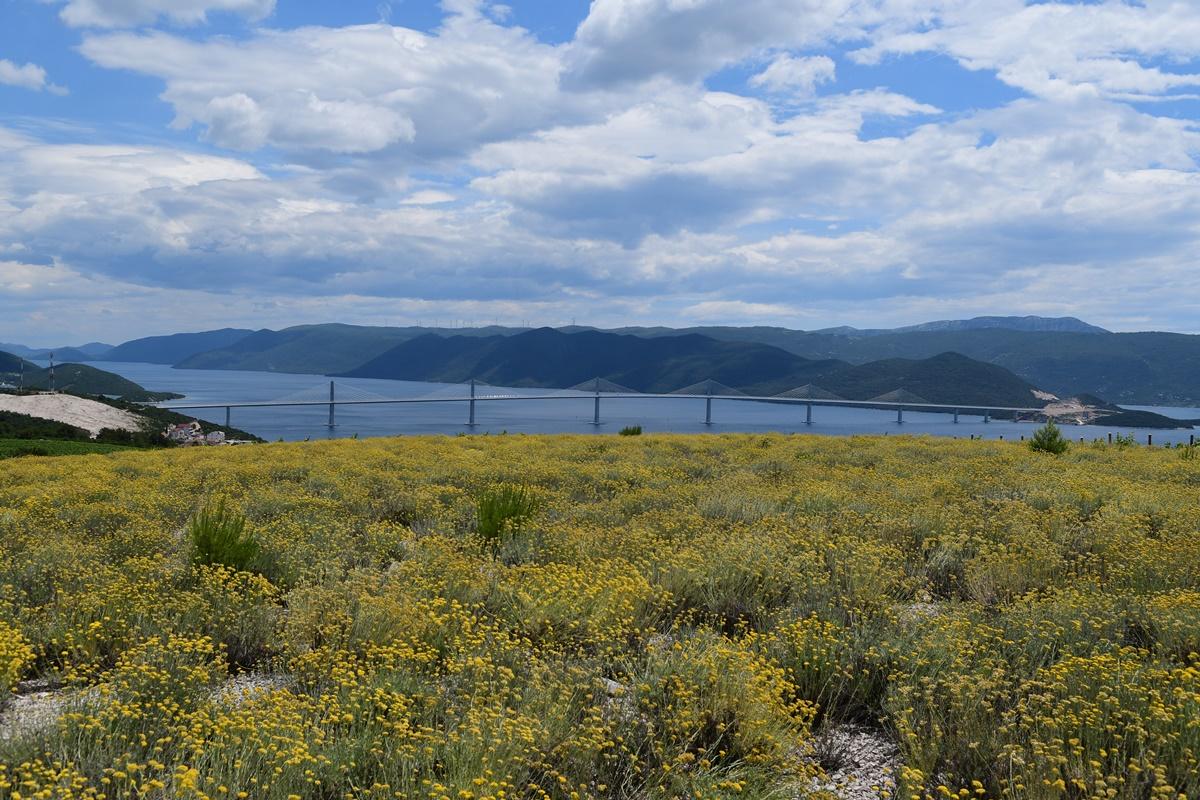 Before the construction of the bridge, the Neum corridor, a strip of the Adriatic Sea coastline and part of Bosnia and Herzegovina, was the only land-based communication route between Dubrovnik and the rest of mainland Croatia. The construction of the Pelješac bridge will as of now significantly improve the everyday life of Croatians, reducing not only the travel time between Dubrovnik and Split but erasing many other aggravating factors that occur when traveling through foreign countries.

The new bridge connects the Dubrovnik–Neretva County to the rest of the country, by crossing the Mali Ston Bay over the Adriatic Sea. This seamless connection will greatly benefit tourism, trade and will reinforce the territorial cohesion of the South Dalmatia region with the other part of the country.
But even though the organization of works had flown flawlessly, it took over 24 long years for the idea to become a reality.

Many Turbulent Years
In 1998, the first proposal regarding the bridge was presented to the Croatia Parliament.
Finally, after many turbulent years of trying to procure funding, obtain all necessary permits, find the right contractor and disagreements with the neighbouring country, in June 2017, the European Commission gave the green light to the Republic of Croatia and approved grants in the amount of 357 million euros. It was said that the project will consist of three phases – the construction of the bridge itself with a length of 2.4 km, the construction of access roads in the length of about 12 km, while the third phase would be the construction of the Ston bypass. The total value was estimated at 526 million euros (with VAT) or 420 million euros (without VAT), with the planned deadline for the completion of the works being 2022.  China Road and Bridge Corporation with partners was selected as the most suitable contractor. 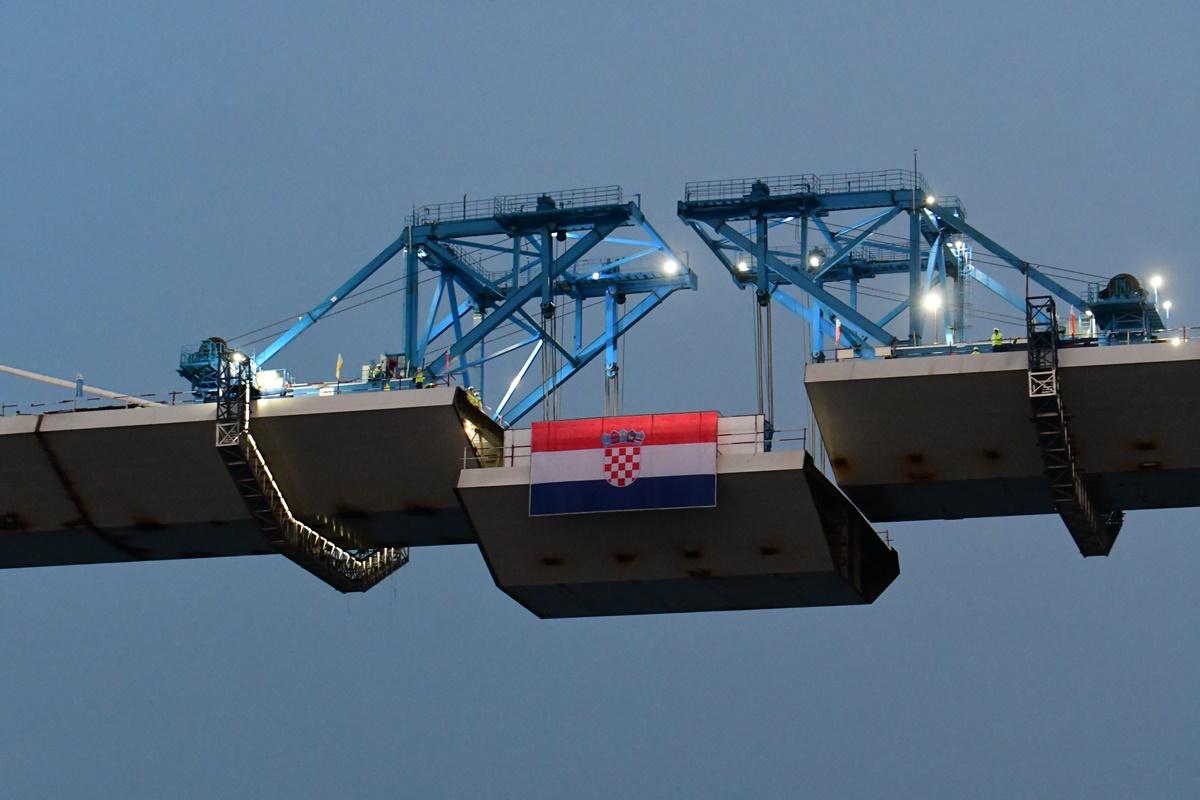 A feasibility study was prepared by Croatia to analyze the possible alternatives to connect the two parts of the country. The study concluded that building a bridge would be the most favorable option as it scored highest in the multi-criteria (including safety and the impact on traffic and on the environment) and cost-benefit analysis, compared to the other options – a highway corridor, a ferry connection, or the construction of tunnels.
The necessity to preserve Croatia’s natural heritage was an essential criterion taken into consideration at all phases of the project’s preparation.
Before being adopted by the Commission, the project has been carefully assessed by independent experts in the framework of the Joint Assistance to Support Projects in European Regions (JASPERS) as regards its feasibility and economic viability. The project was prepared in consultation with the authorities of Bosnia and Herzegovina as well.
The deadline for completing the works was 36 months and 29 days. Although this period included the performance of the technical inspection, it can be said that the construction of the bridge lasted 52 days longer than planned. However, when taken into account that the coronavirus pandemic stopped all works for several months, we can safely say that the bridge was completed before the established deadline.

Speaking in Numbers
The Chinese company started the construction of the Pelješac bridge on July 30, 2018.
With the receipt of all necessary documentation, the project officially began, and after test bottom drilling, the ship Zhen Hua 7 arrived at the construction site in December with two test pilots and other equipment necessary to start the work. 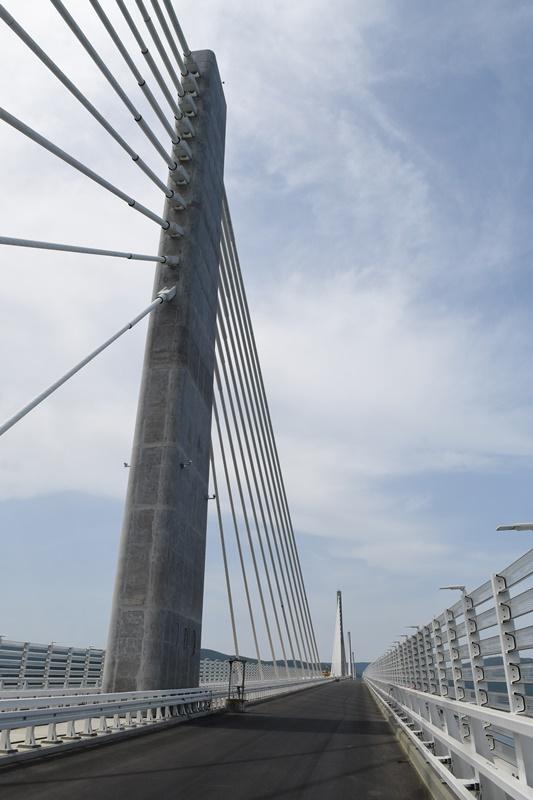 The start of 2019 meant the installation of the first 126-meter-long permanent pile in Komarna, and all 148 of them were driven into the bottom in only four months. In February 2020, the ship Da Yu Xia delivered parts of the pavement structure of the bridge. They will continue to be transported throughout the year until June 2021, when the last ones arrived.

The installation and welding of all segments were completed at the end of July, that is, in the evening hours of July 28, when the Pelješac bridge was fully connected from Komarna to Brijesta by raising the last, 165th segment of the steel span structure.

The total length of the bridge over the Mali Ston canal is 2440 meters. The bridge is a total of 22.5 meters wide and the traffic area on the bridge consists of two pavements, with each pavement including a 3.5-meter-wide lane and a 2.5-meter-wide stop lane. 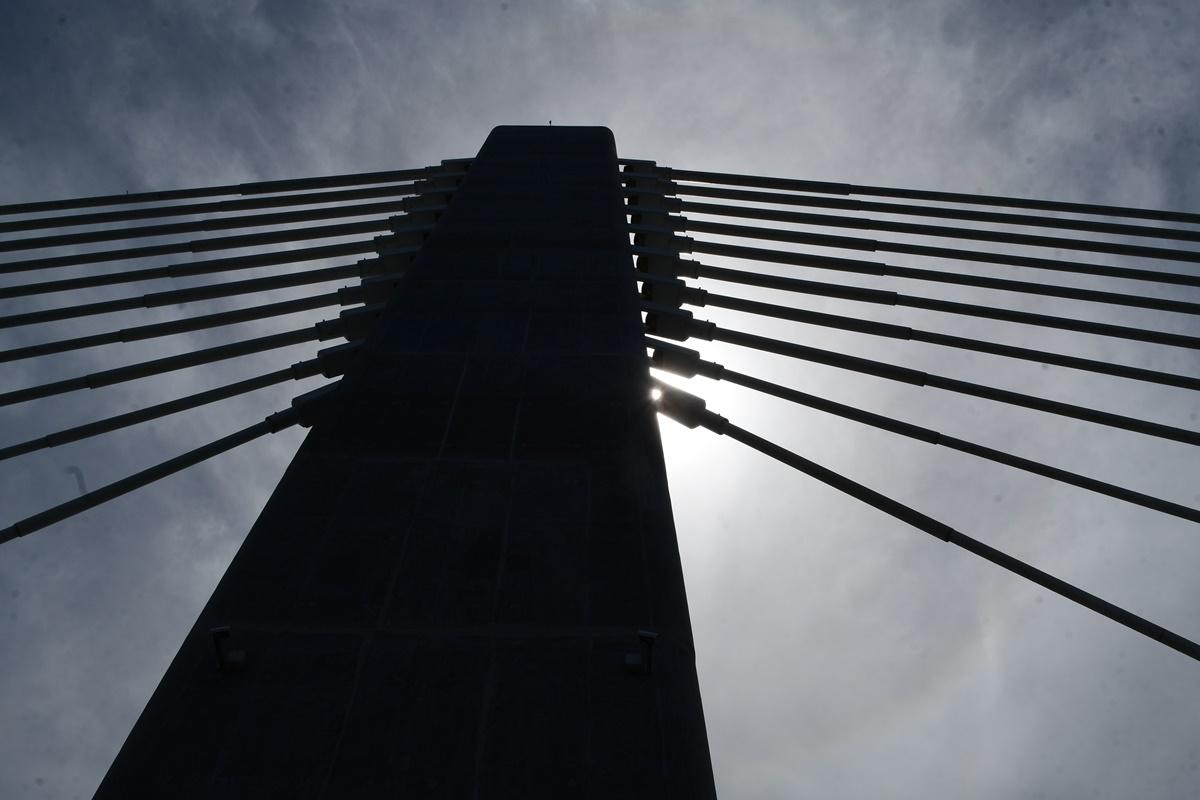 The connecting road from the Adriatic Highway to the bridge, and the new Pelješac road from the bridge to the Prapratno junction will be put into traffic in the summer. The remaining part of the road, from the Ston bypass to Doli, should be completed by the end of this year at the latest.

The opening of the Pelješac bridge and its now 25 kilometers of access roads will take place on July 26, in a glorious opening ceremony.

What Dubrovnik diplomacy did to protect us centuries ago, we thank them today as Croatian territory finally becomes whole again.