First in a lot of fields, including the idea of preserving health – this just might be the short description of Dubrovnik, a city of progressive ideas, one small Republic that has surpassed its physical boundaries from the very beginning with its art de vivre. The ideas of Dubrovnik intellectuals, doctors, politicians, writers, artists still inspire, guide and indicate what things should look like today.

We ourselves, the inhabitants of this city, often forget that Dubrovnik left us some magnificent ideals and missions to follow, but some situations, good or unfortunately – bad, remind us of how we once resisted challenges and adversity. Today, the world lives in a ‘new normal’, a pandemic that we are fighting with the hope of finally suppressing it. The fight against corona virus, from the very beginning, has largely been oriented towards isolation, quarantine, a kind of cessation of contact with others in order to suppress the spread of the infection. And without knowing it, the world’s great health experts have rediscovered the idea of a small Republic of Ragusa – quarantine. Our Lazareti. 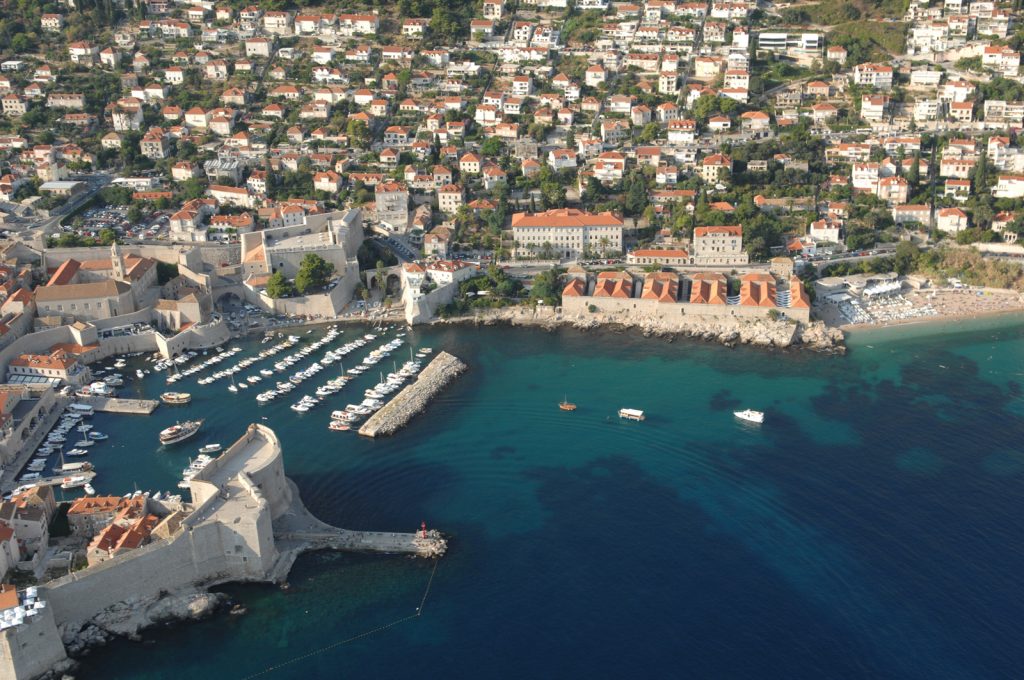 Many wrote about the idea of the quarantine, a term that originated in the 14th century. Quarantine was that one place to house isolated people for a specific period of time – 40 days – as in case of Dubrovnik’s Lazareti. The word itself, quarantine, comes from the Italian ‘quarantina’ meaning ‘40 days’. As Dubrovnik Tourist Board writes, ‘quarantine was the compulsory, strict statutory isolation of people before entering the City (according to a decision of the then Grand Council of the Republic of Ragusa), with the intention of preventing the introduction of various viral and bacterial diseases’. Not to forget, the name for the place was Lazareti or in English – Lazaretto. This term was first used in Dubrovnik in 1377! But what was going on before Lazareti, the long and narrow building complex near Ploče gate? Lazareti, today’s popular culture and art hub, wasn’t the first Republic’s quarantine.

The Republic of Ragusa decided to forbid people from the plague-ridden areas to enter the territory of Dubrovnik immediately as they arrive. They had to spend the ‘quarantina’ on the islands of Mrkan, Bobara and Supetar, near Cavtat. Later on, the quarantine moved to Danče, today’s popular summer spot or, to be precise, a nearby building which nowadays houses Convent and Church of St Mary’s – Our Lady of Danče. Later on, in 1534, the Great Council of the Republic tried to erect yet another quarantine building on Lokrum island, never to be completed nor used. In 1590, Dubrovnik Tourist Board writes, Republic of Ragusa Senate decided to situate the quarantine by the eastern City gate near the City Walls, at the intersection of mainland and naval trade routes. The Lazareti were built from 1627 until 1647, and their significance for the protection of the City from dangerous invisible enemies: plague and other infectious diseases, was confirmed in 1724 when they were declared an integral part of the City’s fortifications. The complex resembles the City Walls, and consists of the plateau and ten naves (halls) with five inner courtyards. 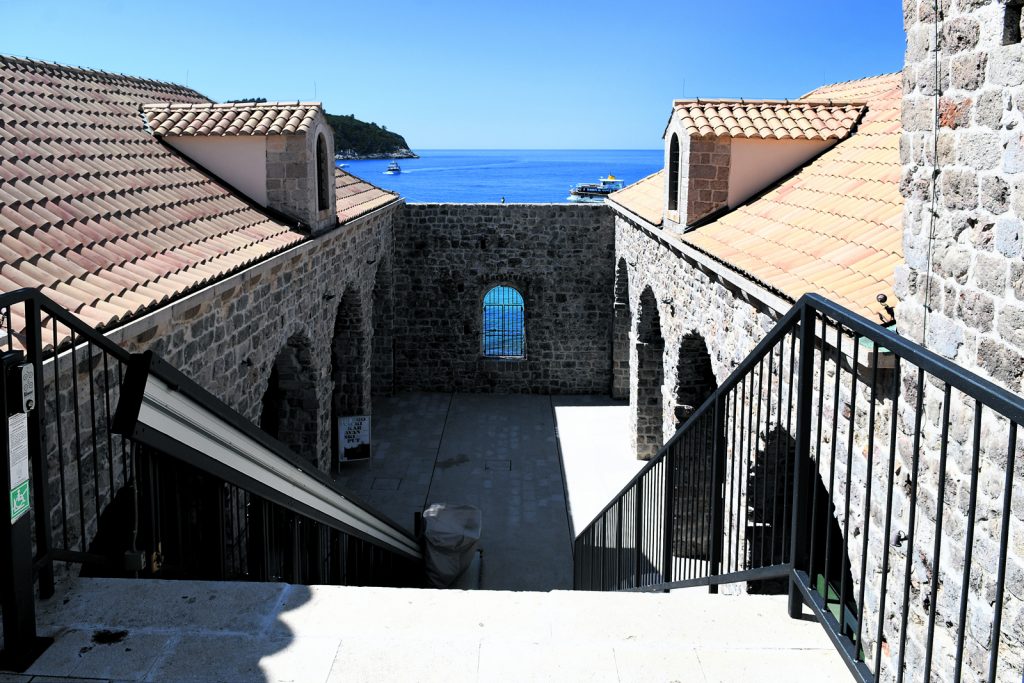 The quarantine was abolished in 1872, but used again in recent history of Dubrovnik for a completely different reason. Lazareti, or Lazarettos, are today’s creative hub of Dubrovnik, where various exhibitions, concerts, workshops, lectures, congresses and other events are organized. Two naves are home to the Linđo Folk Music Ensemble and in the three eastern naves Art Workshop Lazareti, Deša and Lero Student Theatre organize their activities. One of the recently held exhibitions perfectly depicts the idea of Lazarettos – a special exhibition called ‘COVID-19 and the Plague: Present in the Past’ by ScD Vesna Miović and Zrinka Lucianović. The idea for the exhibition came at the time of lockdown, when a lot of dubious, but also very wrong information was going around. The authors decided to make things right coming up with an informative exhibition and in the process realized the similarity between Dubrovnik’s past and present. Among other things, the exhibition showed the successful balance old Republic managed to obtain between the plague and economic survival, a way to function no matter what. Anti-epidemic measures have been carefully designed and implemented with the main goal of ensuring trade stability. While thousands of people died in the immediate vicinity, they had only 9 deaths in Dubrovnik thanks to measures that were extremely extensive, very well thought out and regulated. 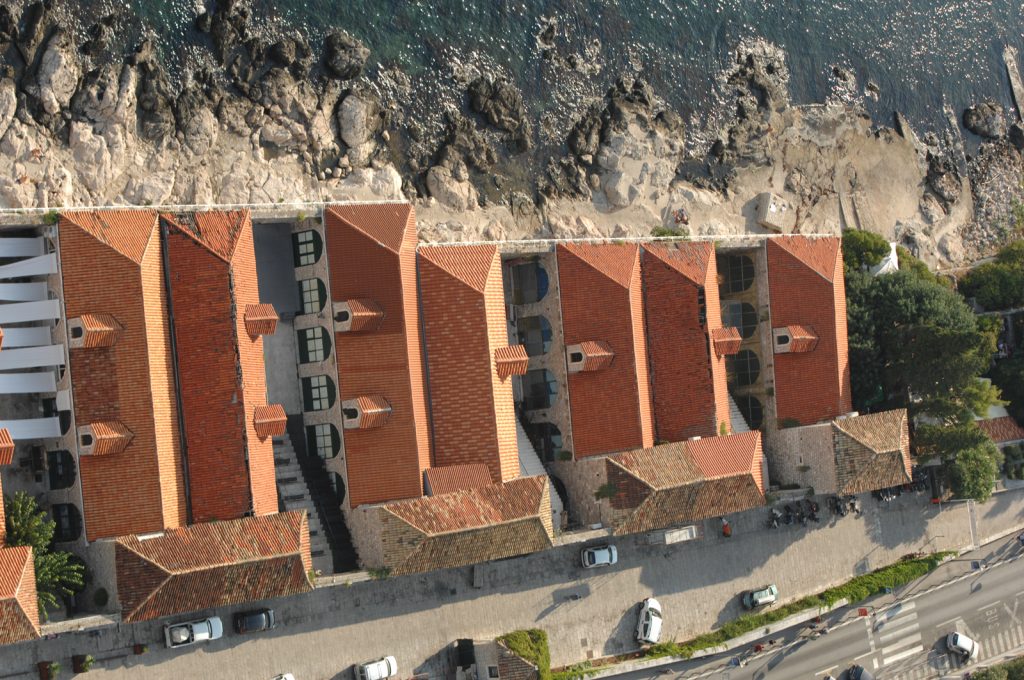 Dubrovnik’s prominent experts wrote about the Lazareti for New York Times Cover. Respectable doctor Ana Bakija-Konsuo wrote for The New York Times about the history and the idea of the Lazareti quarantine. Bakija-Konsuo said that Dubrovnik, on the Adriatic coast, was the first city in Europe to set up a quarantine system, in 1377, as protection from leprosy, a bacterial illness that affects the nerves, skin and the respiratory organs. Initially, newcomers were kept on nearby islands in wooden huts that were later burned down.

‘This was very modern compared to Venice, for instance, which banned absolutely all ships from its harbor, or the Milan laws which ordered building walls around the homes of those infected’, she said. ‘How those who were infected felt, it’s hard to even imagine nowadays.’

Historian Ivan Viđen described the Lazareti complex as, at the time, ‘the biggest state investment in public health’. ‘Throughout history’, he added for the New York Times, ‘the rules of quarantine were unchanged.’ There were 10 halls, separated by courtyards and surrounded by walls, with their own sewage system and a manager, so a lot was going on… ‘Inside the quarantine, there was a lot of business going on because you had many travellers and many tradesmen at the same place, so they were exchanging information, they were writing letters, playing cards and so on’ said Viđen. ‘We know it was actually like a very big place for doing business.’ So – it wasn’t all about measures, there was some good business going on. But the idea of strict adherence to the measures has persisted to this day. That is why Dubrovnik was and remains – a safe destination.