After spending a short time in the Old Town, oligarch and billionaire Roman Abramovich was spotted sailing his 163-meter long beauty Eclipse by Mljet Island, dropping anchor in Sobra Port. The Russian businessman who is one of Dubrovnik’s most loyal guest, visiting annually and always seen enjoying serene strolls down Stradun, decided to continue his summer vacation delighting in the beauty of the Ulysses’ Island.

Built by renowned German shipbuilder Blohm + Voss, the Eclipse was launched in June 2009 after a total of five years of design and retained the title of the largest superyacht ever built until the arrival of 180-meter long Azzam. With the cost of 1.2 million dollars, it is divided into nine decks, with the top deck taken up by the helicopters and garage. The rest of the interior features two swimming pools, a sundeck, an atrium, a salon, cabins and suites, a small disco-club, and a submarine with the crew of 70 to operate all the equipment and cater to maximum of 30 guests. This tremendous superyacht has been owned by Abramovich since 2010. 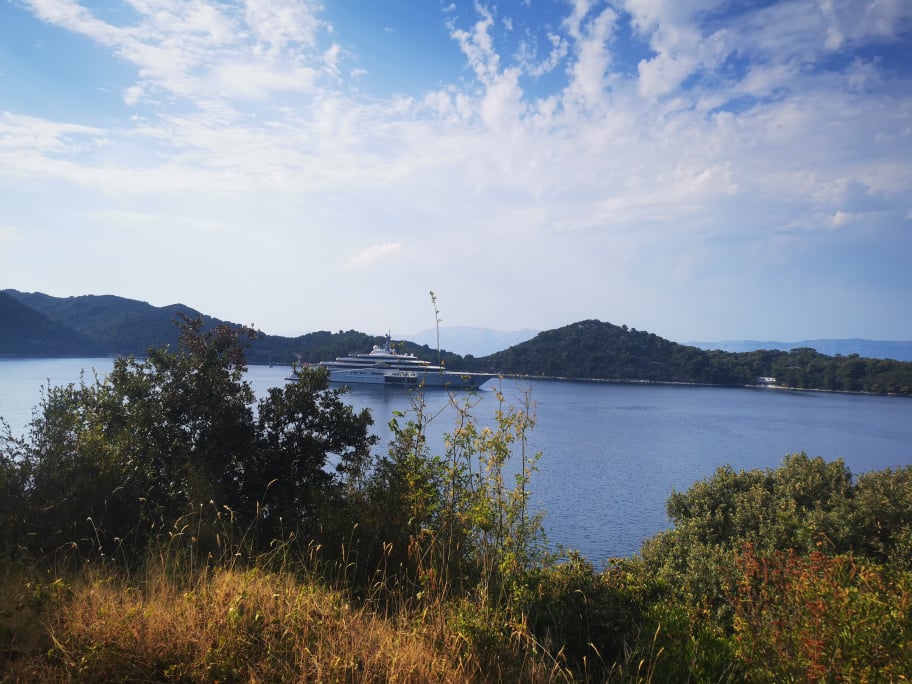