Han Solo will be buried in Dubrovnik. Yup, you think we are crazy but according to the authors of website starwarsnewsnet.com, this is what happened yesterday at Banje Beach. Namely, from what they saw yesterday on our pictures, many extras that are being seen in Dubrovnik shoot for Star Wars Episode VIII are clad in dark black robes. Those dark clothes, they say, are not meant to conceal the character’s costumes, but that they are their costumes – and that, based on a bit of circumstantial evidence, it appears as though the extras could be attending a funeral alongside a major returning character.

‘I’m presuming that the footage being shot will in part feature the funeral procession of Han Solo, who – as you know – was murdered by his mentally unstable son at the end of the last movie. Since he fell into a burning-hot chasm that was subsequently destroyed by the implosion/explosion of Starkiller Base, there’s no body left to bury, but that doesn’t mean that there’s not time for the Resistance to mourn a fallen hero – based on the below image, it seems as though Leia temporarily ceases the war effort in order to mourn the death of her husband.’ says author who also showed a pictured which was tweeted by Carrie Fisher herself, but was quickly deleted back in December 2015. The picture shows the black outfit of Princess Leia, like the ones we saw yesterday so that is why author speculated about it, and about the location where the funeral is being held.

‘But more importantly, is the matter of where in the Galaxy the funeral is being held. I can imagine that the planet that is housing this funeral procession is one of two places – Han’s home planet of Corellia, or the New Republic’s former capital, Chandrila. My reasoning for this really just boils down to a single letter but bear with me. Aside from their resemblance to McQuarrie’s concept art for Imperial Guards (along with the Rebel soldiers from A New Hope), fans who are experts in understanding the Aurebesh alphabet suggest that the headpieces of their uniforms spell out CBPD – with the last two letters potentially standing for “Police Department”. So if the first letter is “C”, then that might just refer to the name of the planet. Either Corellia or Chandrila would be thematically appropriate – the former was Han’s birthplace, and would serve as a fitting place to provide remembrance to one of the greatest heroes in the Galaxy, while the latter is the New Republic’s former capital (as revealed in the Journey To The Force Awakens books) and would likely be sympathetic to the Resistance. Also, interestingly costume designer Michael Kaplan (the person who is holding Leia’s costume in the image we’ve already discussed) was on set during the filming of the procession scene.’ says starwarsnewsnet.com. 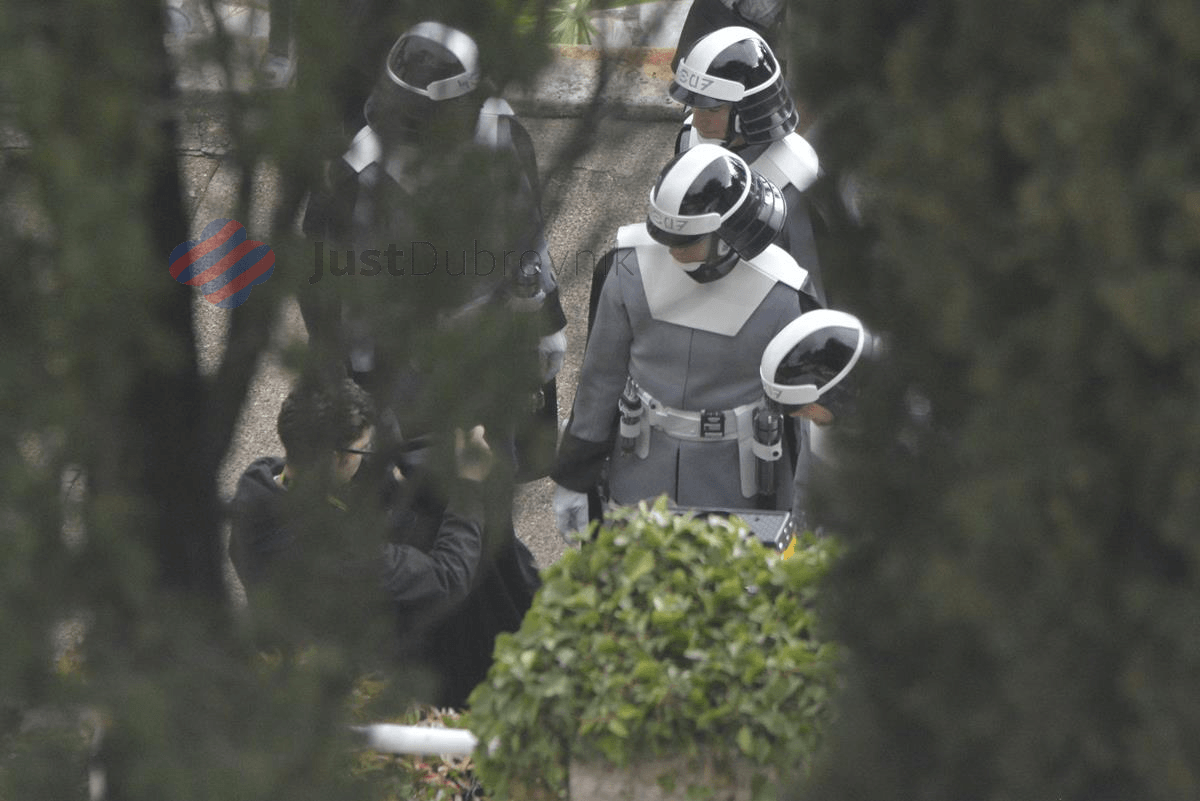