A young couple on board the SS Arcadia, set off on a short excursion en route to Dubrovnik (Croatia) to witness one of the most beautiful and preserved ports in the world in this footage from 1959. This is stated in one of, perhaps, most interesting footages about Dubrovnik.

In this video, a young couple wave goodbye to people on a liner, the SS Arcadia, as they set out in a small launch. Commentator explains they are off on a quick visit to “one of the world’s most beautiful old ports”.

People on the launch look at the view of the coastline; a man takes photos. Cut to some of the tourists in a car as they arrive at a courtyard of the walled city. The young couple and an older man and boy wander about, looking at the harbour and a square. Various shots of exterior of the Rectors Palace showing architectural features. Point of view shot from a moving vehicle as we travel along a street. More shots of the harbour and beautiful bay. L/S of the cruise liner.

Note: this story is taken from the documentary ‘Holiday With Everything’ see separate record for details. 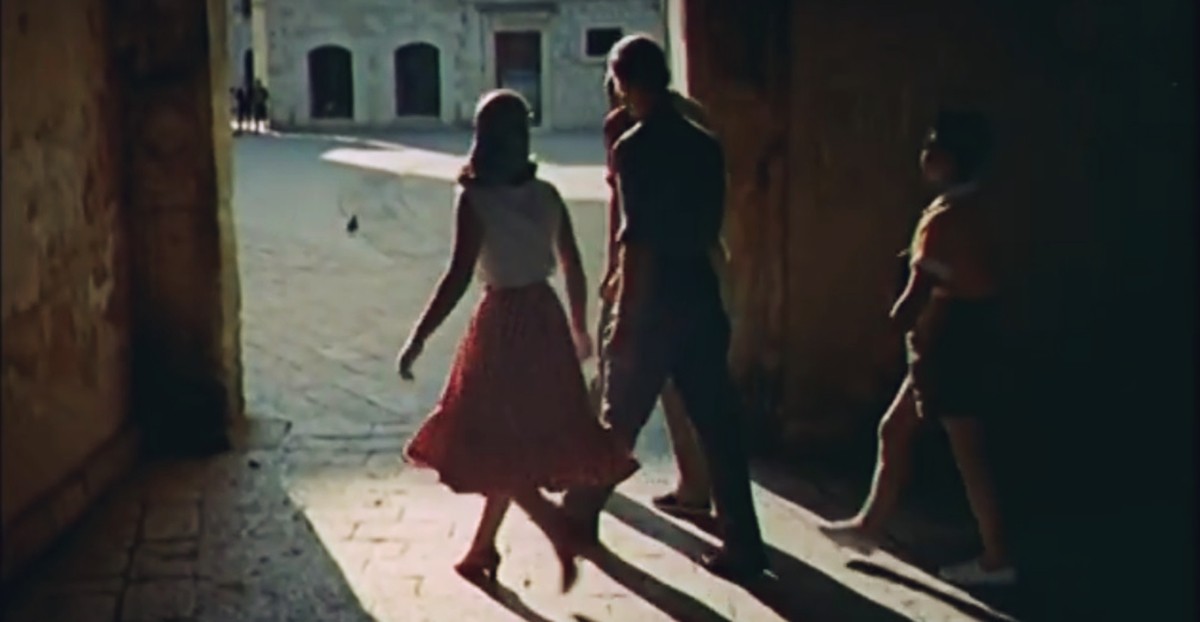 Before television, people came to movie theatres to watch the news. British Pathé was at the forefront of cinematic journalism, blending information with entertainment to popular effect. Over the course of a century, it documented everything from major armed conflicts and seismic political crises to the curious hobbies and eccentric lives of ordinary people. If it happened, British Pathé filmed it. Now considered to be the finest newsreel archive in the world, British Pathé is a treasure trove of 85,000 films unrivalled in their historical and cultural significance. British Pathé also represents the Reuters historical collection, which includes more than 120,000 items from the news agencies Gaumont Graphic (1910-1932), Empire News Bulletin (1926-1930), British Paramount (1931-1957), and Gaumont British (1934-1959), as well as Visnews content from 1957 to the end of 1979. All footage can be viewed on the British Pathé website.