Social networks have become a real source of creative and inspiring ideas, especially lately in the time of the pandemic. The work of Irena Lujo, a Dubrovnik native who had been living and working abroad for some time now, is one such example. Irena and her husband, desiring to decorate an empty wall area in the living room, created a large work of art made of paper in the shape of Croatia, on which their hometown of Dubrovnik was especially highlighted.

“Both my husband and I participated in the development and the execution of this idea. Since we share a big love of architecture, the initial idea included framed photographs with architectural and geometric motifs. After some time, we realized that we wanted a decoration that would be something originally ours with a deeper meaning to us. Therefore, we decided on a more creative approach and made our own wall decoration,” Mrs. Lujo says. 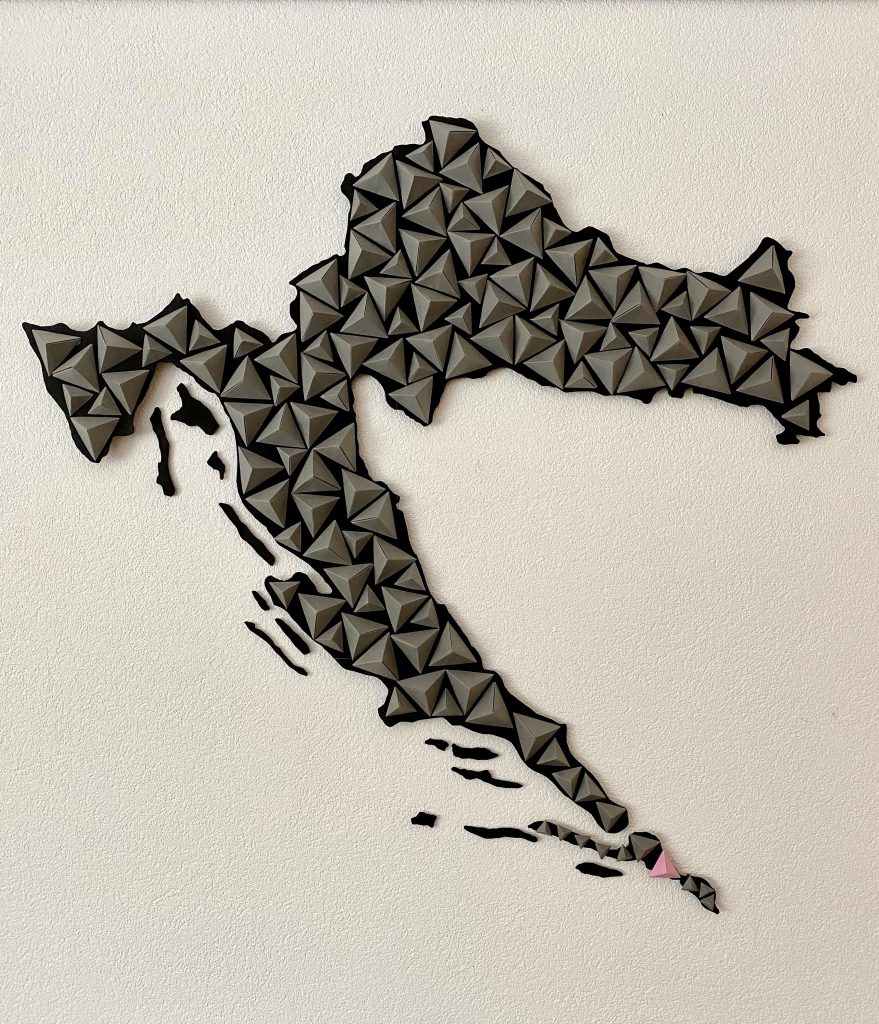 It is, as she describes, a handiwork consisting of several paper elements modelled in the form of a tetrahedron and connected into one big piece. They found inspiration in Origami, a traditional Japanese art of making paper models. The overall dimension of the wall piece with a frame is 145 × 115 centimetres. 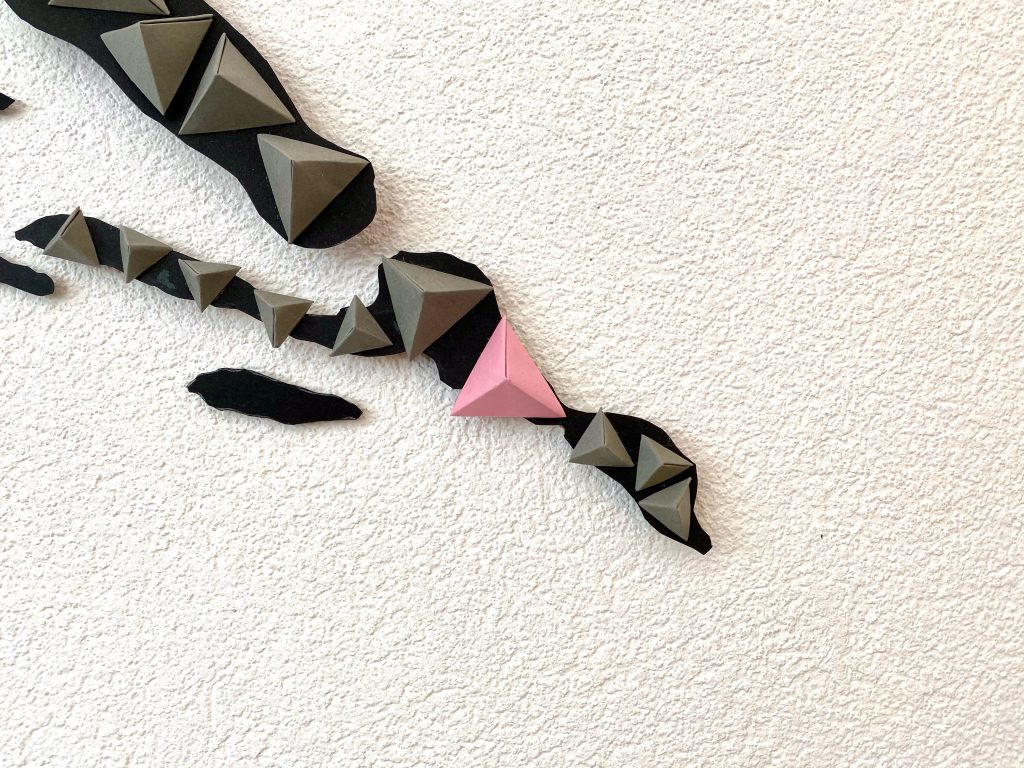 They have always nurtured an interest in creative ideas and works related to art and modelling, this being their first project of such type. The work behind it, as she says, was gradual, continuously designing and adjusting certain details.

They decided to share their work on social media.

“I use social networks to share some important and beautiful events dear to my heart, but also to share positive thoughts and ideas with other people. Therefore, I decided to publish this work. It started with the intention of decorating our home, but we are open to further development of the idea as well. Recently, more interesting ideas of this type have dawned on us and we are looking forward to all potential new challenges and creative moments,” Mrs. Lujo pointed out, adding that all the feedback they received was tremendously positive, making them extremely happy.