Dubrovnik ‘s water polo club Jug CO was placed in a Group A championship for the LEN season 2017/18 and we found out the names of five more rivals. Together with our Jug players there are five more teams. 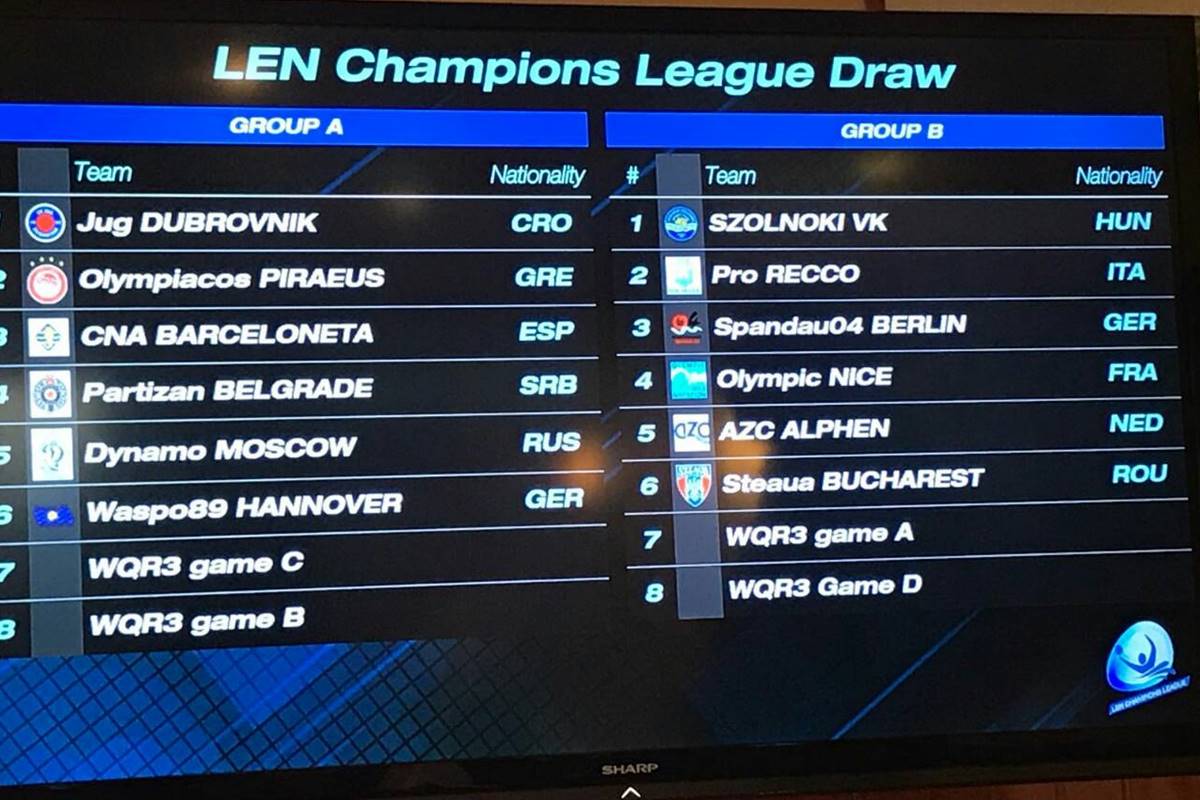 At first glance it can be concluded that the our, A group, but nothing can be confirmed without qualifications. The draw was held today in Budapest, and the Jug CO representative was the club sports director, Mr Ognjen Kržić.