Tomorrow is the February 3rd, known as the Day of the Festivity of St. Blaise. That means that on this day, for the last 1044 years since the year 972, we, people of Dubrovnik open the doors of our City to every passer bay and guest. With all of them, for the 1044th year in a row, we celebrate the day of our freedom – the greatest treasure of the Republic of Dubrovnik. It is rare to find a city whose identity is so intrinsically connected with its patron saint, as it is the case with Dubrovnik. Here, in the Pearl of the Adriatic, the City and the Saint are one soul, one hope and one future!

The celebration of Dubrovnik’s patron is special and unique. It begins with Our Lady of Candles or Candlemas on February 2nd when white doves, a symbol of freedom and peace, are being released in front of the church of St. Blaise and by the raising of Blaise’s banner in the central place of the Old City – upon Orlando’s Column.

˝Candlemas in, winter out, followed by St. Blaise, claiming that it’s not true˝.

And indeed, on that day when the cities in the North are soaked in rain and Europe is snowed in, Dubrovnik is full of mimosas, daffodils, and sunny, perfect spring days.  At dawn on February 3rd, with the platoons of the Dubrovnik Musketeers, a historic Dubrovnik unit, the Grand Masters – a distinguished craftsman and seaman – await the banners from the east and the west that will take part in the procession honouring the patron.
On the eve of the Festivity, the stained glass windows of the Church of Dubrovnik’s patron saint shine with extraordinary radiance and light up the festive bay leaf garlands. Priests administer the blessing of throats with crossed candles to the believers who flow into the Church throughout the day; this sacrament protects against illnesses of the throat.
With Blaise’s blessing comes the send-off until the next year’s Festivity of Saint Blaise that gathers the loyal people of Dubrovnik and their guests, as well as a large number of domestic and foreign guests. It is certainly the most important ecclesiastical and secular event every winter, as well as a unique tourist attraction.
The City of Dubrovnik led by Dubrovnik mayor officially opened this year’s Festivity of Saint Blaise today. While the guests and authorities celebrated in the city hall, citizens and guest celebrated in the heart of the old town. We met all those happy and satisfied people and captured them for all of you, readers of JustDubrovnik. Enjoy! 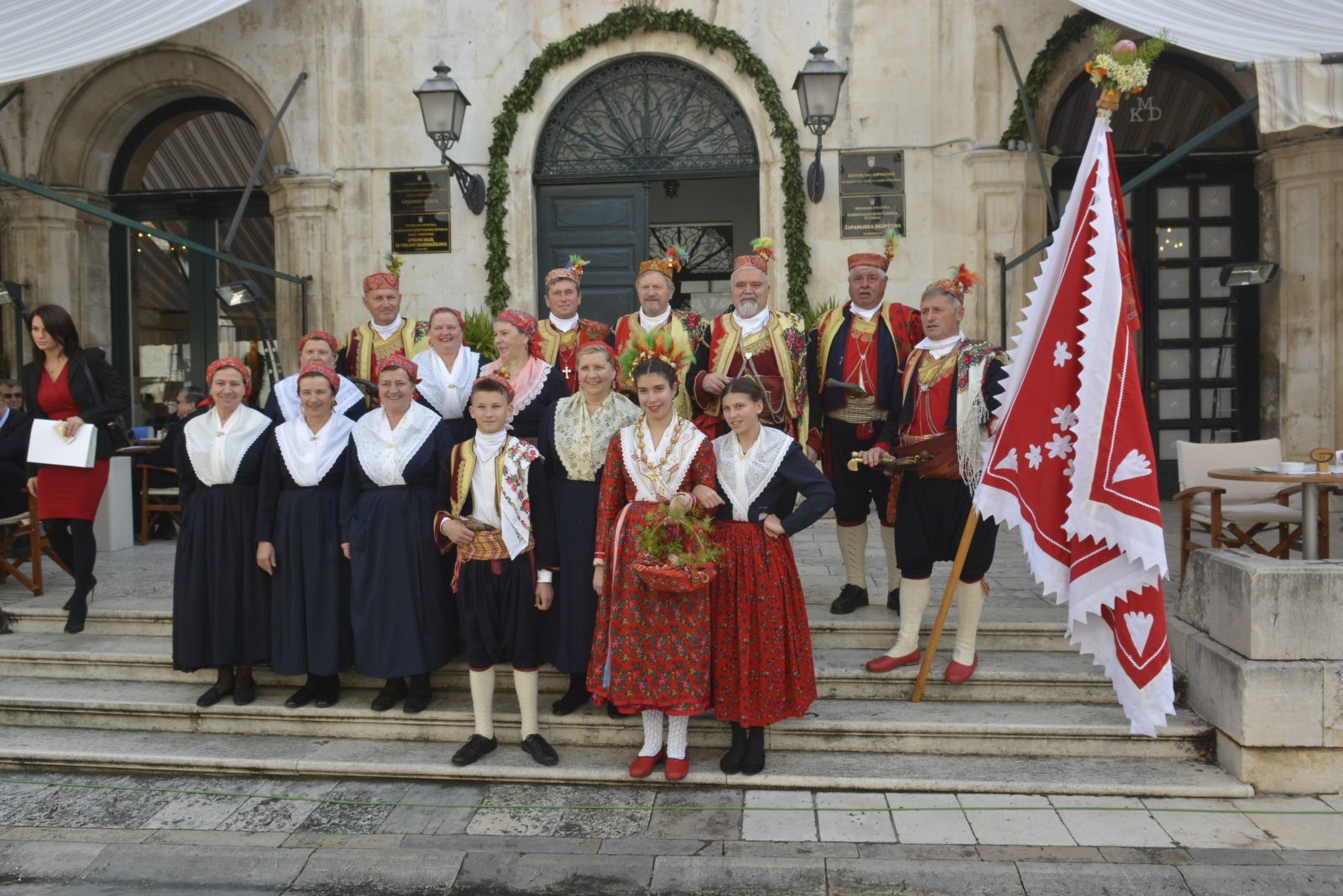