Dubrovnik City Mayor Andro Vlahusic met Ugur Cantimurom, General Director of Turkish Airlines today, to establish a new direct line between Dubrovnik and Istanbul. Two of them agreed that the first flight between Turkey and Dubrovnik will be scheduled for May 10th, and from that day, Turkish Airlines will fly to Dubrovnik throughout the entire year, three times a week.
First flight will bring CEO of Turkish Airlines Ilker Ayci with his associates and 30 journalists from around the world to our city. 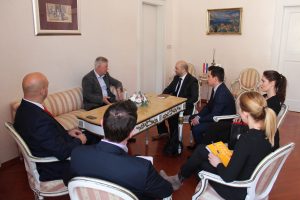